This discovery was announced on Thursday 19 November 2020 by Fazle Khaliq of Khyber Pakhtunkhwa Department of Archaeology.
He said that the discovered hindu temple was of Lord Vishnu and was built by Hindu Shahi kings during early 9th century CE.
Hindu Shahis or Kabul Shahis (850-1026 CE) was a Hindu dynasty that ruled the Kabul Valley (eastern Afghanistan), Gandhara (modern-day Pakistan), and present-day north-west India.
During their excavation, the archaeologists also found traces of cantonment and watchtowers near the temple site.
They also found a water tank near the temple site which they believed used by the devotees for bathing before worship.
Dr.Luka from Italy said that, eventhough Swat district is home to thousand-year-old archaeology sites but traces of the Hindu Shahi period have been found for the first time in the area.
Several worship places of Buddhism are also situated in the Swat district. 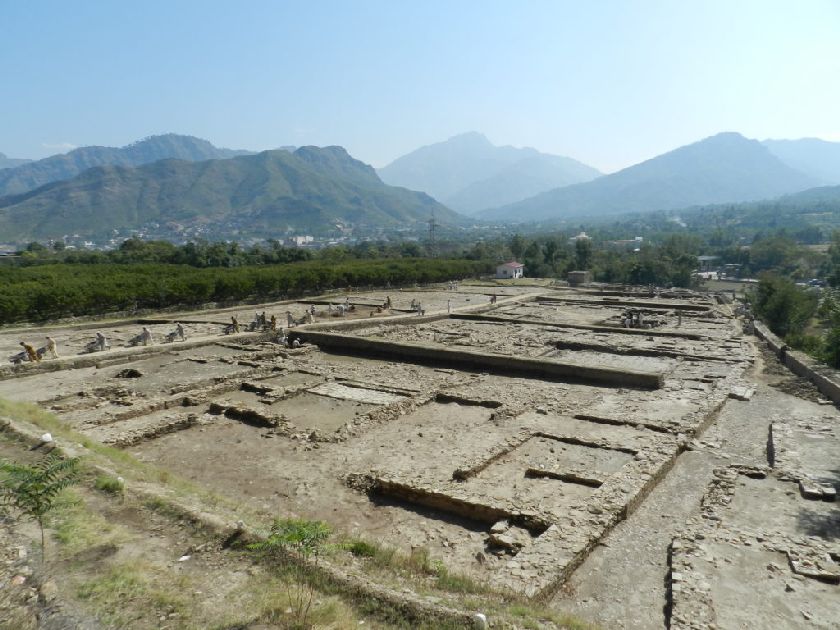 After Taliban disturbance, a joint Italian-Pakistani project called “Archeology, Community, Tourism-Field School ”(ACT) restarted excavation work in 2011 by employing and training local staff of around 300 workers.
Five years after the start of the project, the sites were brought under the responsibility of ISMEO / ACT and are visited by over 30,000 tourists a year (mostly national).

These sites – some of which have been maintained by the Mission for about 30 years – are now being acquired by the Directorate of Archeology and Museums, Government of Khyber-Pakhunkhwa with a financial commitment of approximately 3 million euros.
The heart of the whole project is the new Swat Museum created by architects Ivano Marati and Candida Vassallo – in collaboration with Engineer Claudio Cristilli (Aires-Federico II University of Naples) and the engineers of the University of Engineering and Technology of Peshawar.
During February 2008, part of the building was demolished and part rehabilitated and inserted in the new construction.
The new Museum is designed according to a new anti-seismic concept, which makes it – from a structural point of view – the most advanced building of its kind in Pakistan. The Swat Museum, which was inaugurated by Giuseppe Tucci on November 10, 1963 with the reading of a message from the President of the Republic Antonio Segni. On 11 November 2013, the new Museum was inaugurated exactly 50 years later, with the reading of a message from President Napolitano.