Fatehpur Sikri is popularly known as the Capital city of Mughal established by Akbar but it has thousands of years of cultural history prior to it as Saikrikya.
Archaeological explorations in this region have revealed prehistoric stone tools, rock shelters with paintings on the periphery of the lake.

Excavations were done at Birchhabili-Tila (Mound), which is 2 Km away from the Fatehpur Sikri fort.
There are multiple idols of Jain and Hindu gods found in this area along with inscriptions using both Brahmi and Nagari scripts in Sanskrit and local dialets.
One such 3 lined inscription on the pedestal of the image of Strutidevi Jaina Saraswati refers to the kingdom or king as ‘Vajramrajye‘ and locality as ‘Santi Vimal Acharya Vastu‘ and ‘Saikrikya‘.
The word ‘Saikrikya‘ is same as Sikri and ‘Vajram‘ as Kachhchhapaghata ruler.
Fatehpur Sikri was Vijayapur Sikri (original hindu name) before Akbar built a fort on ruins. Fateh and Vijay means same (victory).
Saikrikya was inhabited almost since 10000 BCE as Neolithic celts were found here. 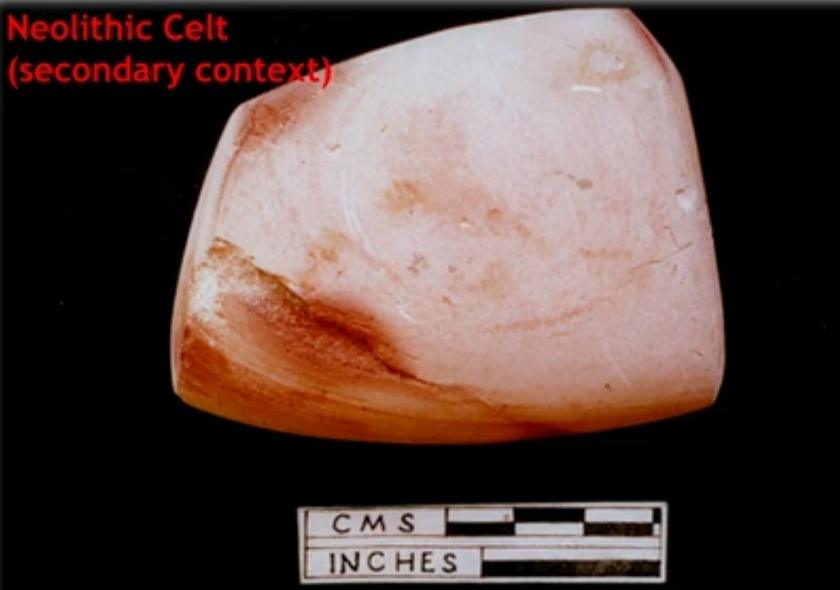 Next period was Mahabharata era (~3000 BCE) as mentioned in mahabharata itself.
Archaeologists have further found evidences that Saikrikya was continously occupied until late Gupta era and during later periods, Jain temples were built here. 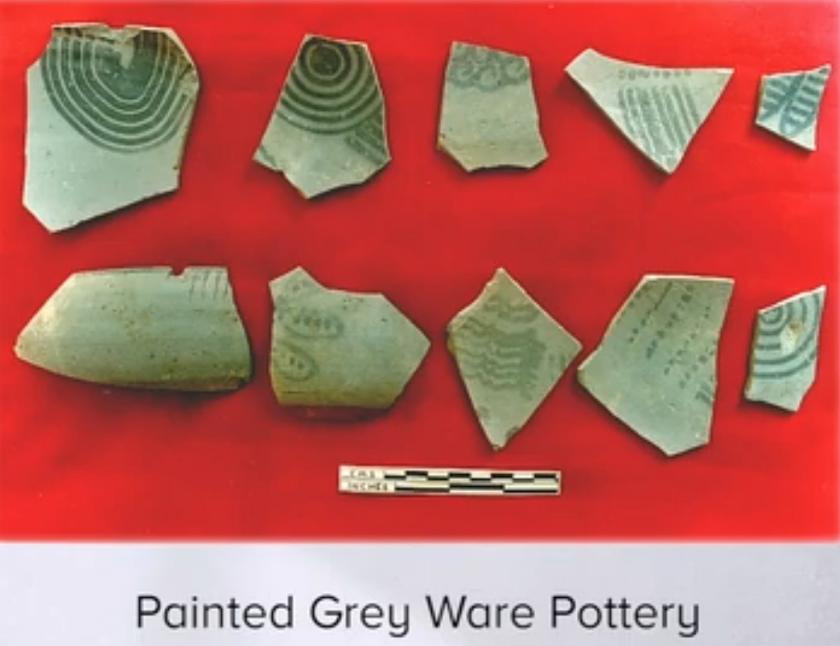 Broken heads of various Jaina sculpture and chisel marks is evident of iconoclasm by Muslim invaders after 10th century CE.
Very important archaeological evidence of religious disposal of mutilated sculptures was traced in the form of a man-made pit built of stone-slabs dug by the people during that era. It was prepared for religious disposal of Jain idols to prevent Iconoclasm by Muslims invaders.

Discovery of Jaina Srutidevi Saraswati in Tribhanga posture, four-armed with varada, kamala, pustaka and mala in her hands, with a halo, rich ornaments and the vehicle hamsa is unique.
It bears inscription dated in Vikram Samvat 1069 (1010 CE).
This proves that, post Gupta period (300 BCE), this place had Jain temples.

Earlier, there were Vaishnava, Saiva and Sakta idols being worshipped. 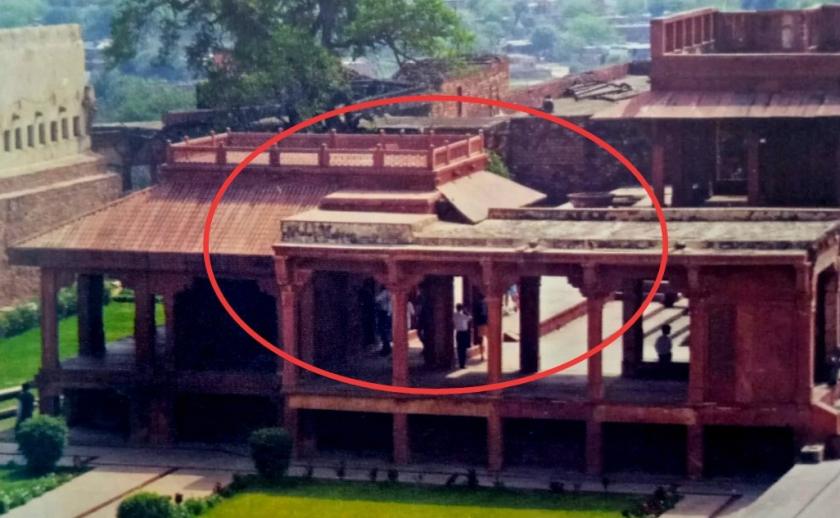 After invasion, destruction and loot, this area was deserted for some time and later Mughals came in.

Anup Talao in Fatehpur Sikri complex, was excavated and it revealed that it was not the floor but the ceiling of an already existing structure was dating back to Rajput era. 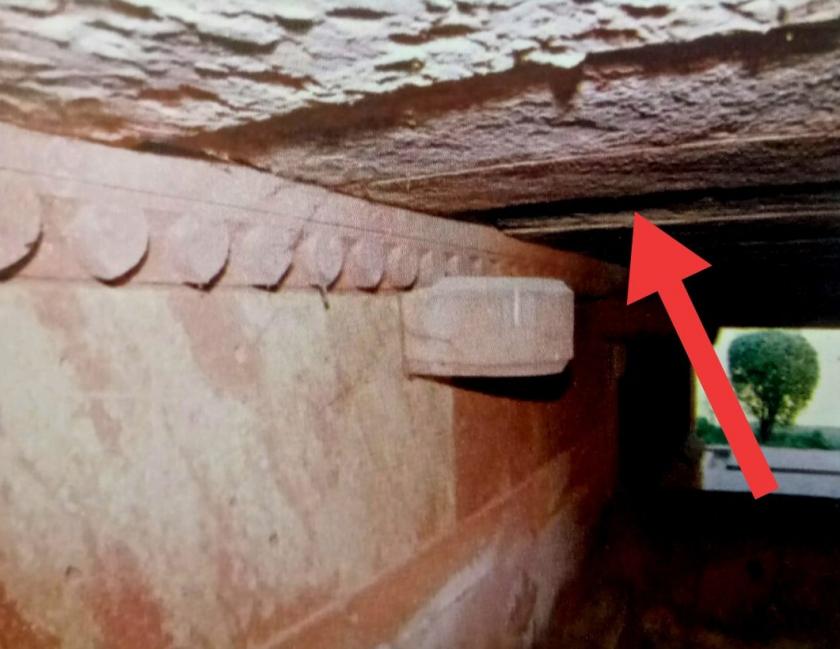 Clear signs of imperfections in architecture. Note that the ‘chajjas’ ( छज्जा ) are clearly in a overhang positions on a already existing Rajput structure in Fatehpur Sikri complex. 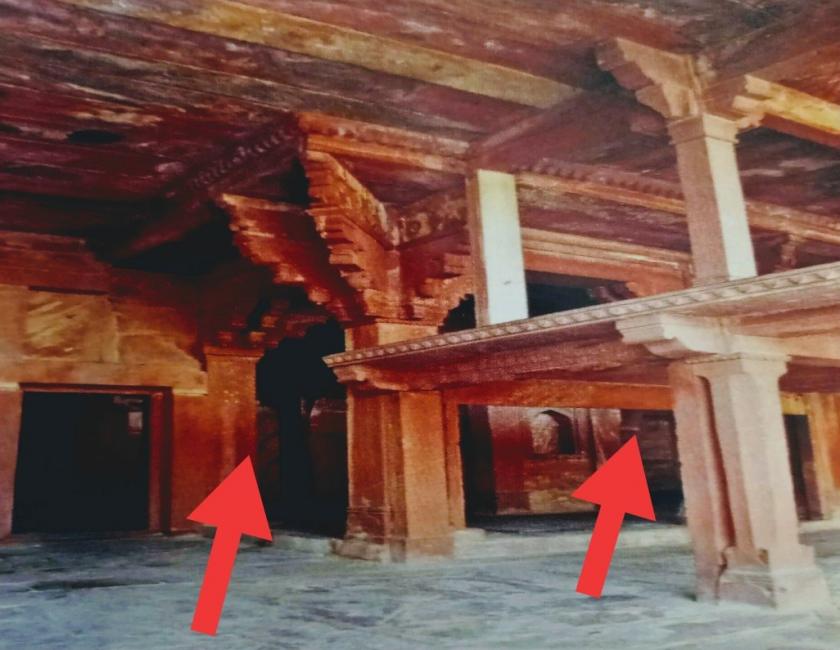 Clearly the mughal construction in Fatehpur Sikri complex were a mere additions to pre-existing Rajput Architecture. 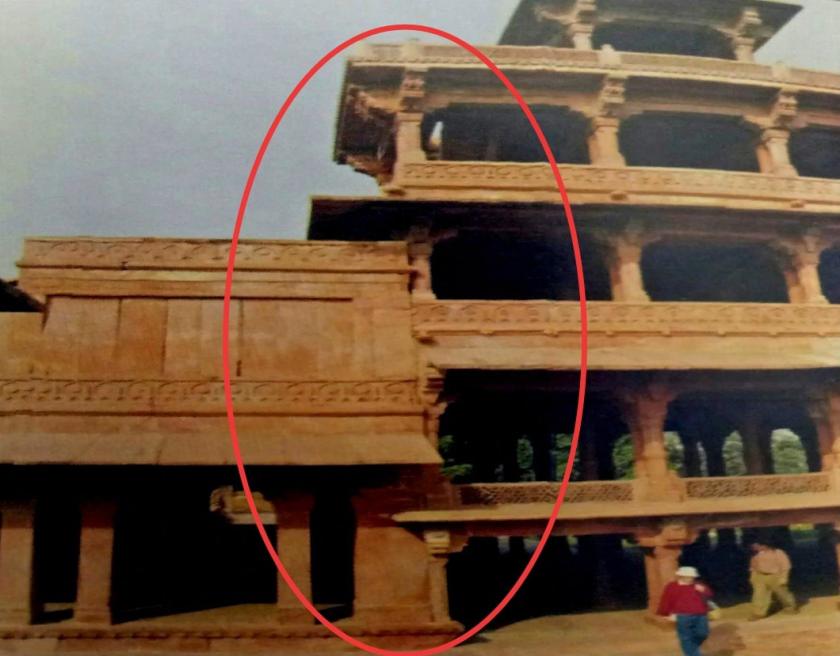 Imperfections in Pillars, doorways, jharokhas and ceiling of Mughal additions are apparent. 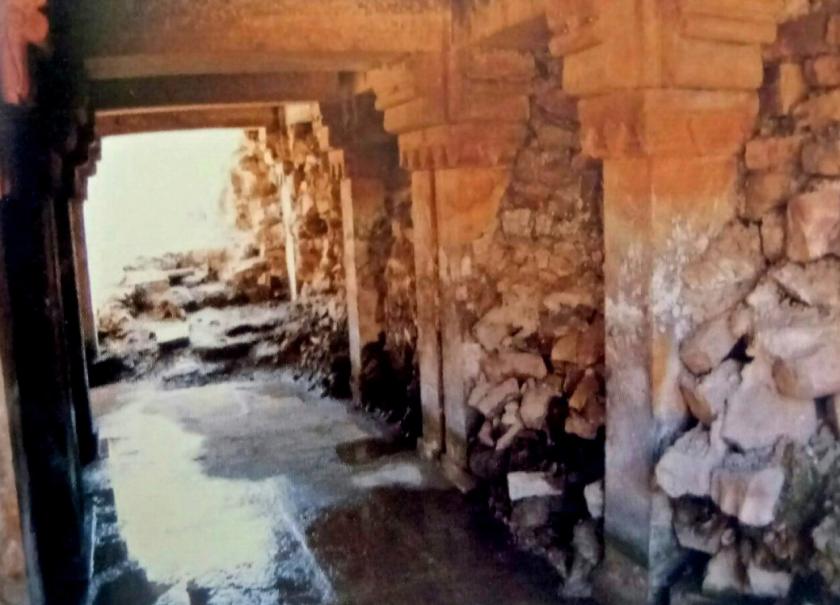 One can see broken idols of Yakshini Ambika and her husband seated, and Chakreshwari goddess.

Jain Teerthankar Adinatha idol was found beheaded in a pit. 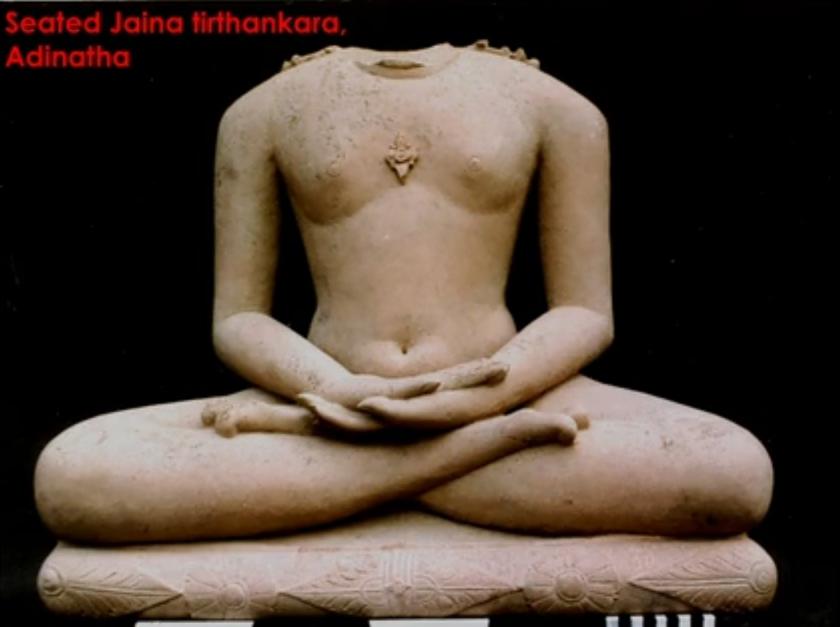 Lord Adinatha idol head was found at some distance. 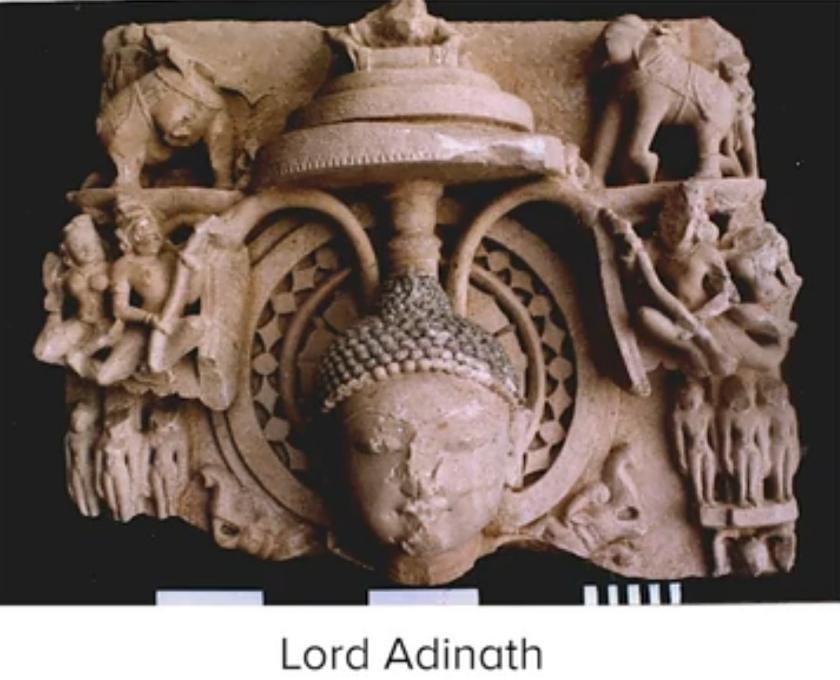 Another idol of Lord Neminatha was found in beheaded state around same area during excavations,

Also idols of Shantinatha and Kuntanatha were found in beheaded state. 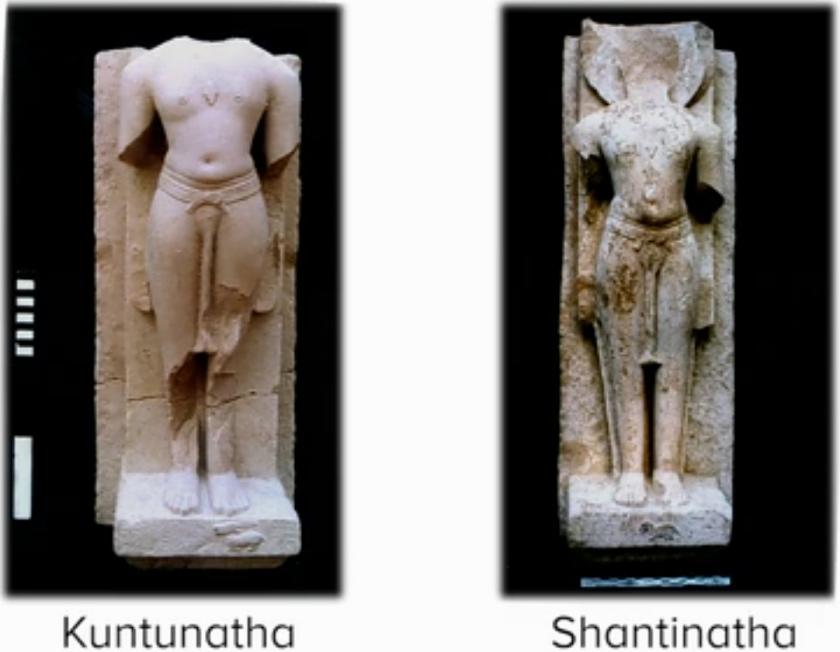