Many Temples, even in South India were plundered, looted and idols destroyed when Islamic invasion happened.
But few temples like Tirumala, Srisailam managed to survive through that period.
Srisailam was not easily accessible in those days because it was being in between hills and thick forest, and also it did not have much wealth to loot.
Also, it came under rule of Maratha kingdom, when Chatrapati Shivaji was ruling.
Tirumala temple was accessible through steps from Tirupati from both sides. 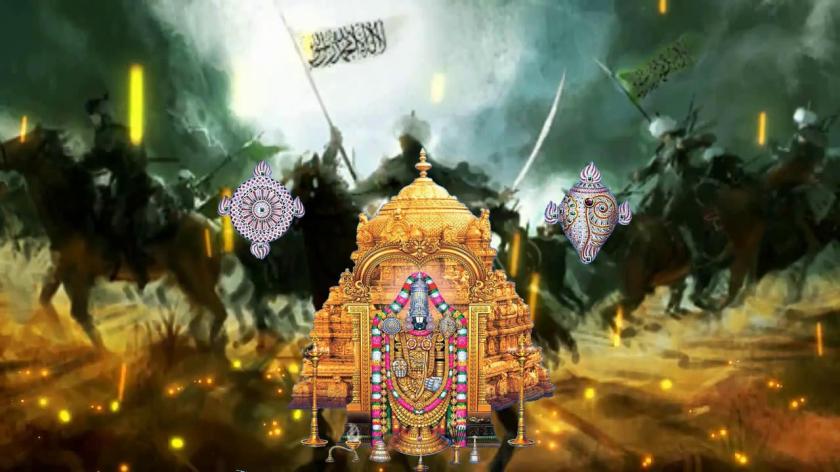 Initially Islamic invaders did not bother to take steps and loot Tirumala temple as there were many temples in Tirupati town and around, which were easily accessible. 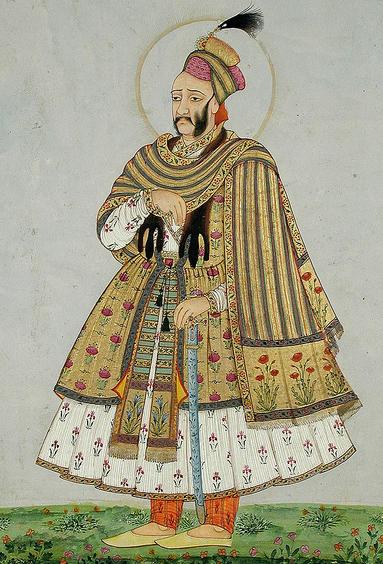 But, Sultan Abdullah Qutb Shah of Golkonda sent his army to invade Tirupati in late 17th century CE.
His army, under leadership of commander-in-chief, Ali, managed to destroy few idols and temples in tirupati.
Venkatachala Vihara Satakamu, a telugu poem written around that time (1665–1668 CE), by an unknown poet, describes this attack on Tirumala-Tirupati.
The loot happened not just in Tirupati, but also in neighbouring towns and villages.
From Verse 66, the poet is understood to be a Vaishnavaite. He says – “How can I utter the “kartaru-Mantra” of the muslims, giving up the “Gayatri Mantra” and “remain sinfully with bare face devoid of the nAmam. How can I adore the Penugonda Babu (meaning the Nawab), discontinuing my prayers to you, the father of this entire universe“.
In verse 6 he asserts that if a Brahmana like himself possessed a weapon like the Disc (Sudarshan Chakra) of Venkateswara, he would surely wield it ferociously to strike, pierce, kill men and horses and make them pile on each other as corpses and drive the Turks up the Golkonda.
In Verse 9 he laments that his ears that have been magnificently tuned to listening to the Arava (Tamil) Prabhandams should not be subjected to the torture of having to hear the Muslim lore instead of the Tamil Pasurams of the Azhvars. 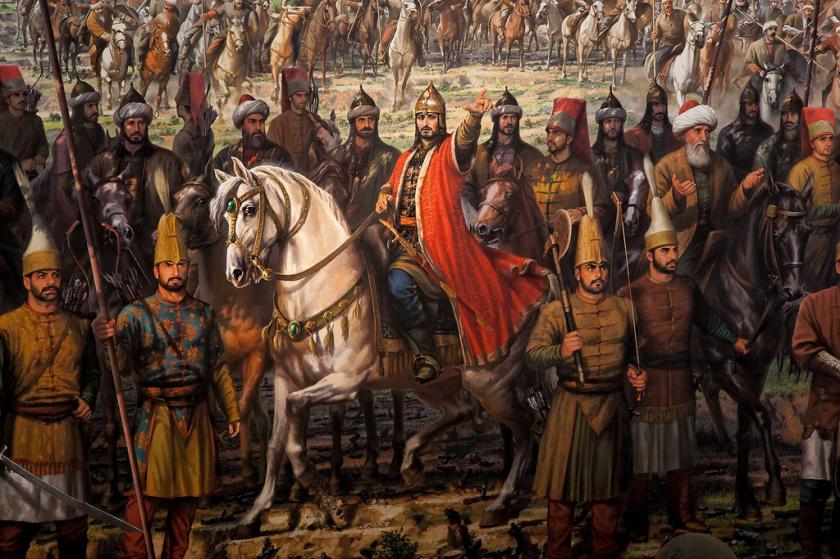 In Verse 77, he wonders how Nellore town would bear the onset of the terrific soldiers of “Suratani Abdulla“. He laments to the Bhagawan that different sacred mandirs have been profaned, the trees in the gardens have become the sport of the elephants, the holy worshipping places have become the resting place of the “Sardaru” (Sardar, the army chiefs) and the “Padmakaramulu” (lotus ponds) have been contaminated by urination.
The poet wails – “Kavali, Kovuru, Duvvuru, Nelluru, Poluru, Manneru, Tallapaka, Utukuru, Oramupadu, Penu-Balapeta, Koduru, Kuruva , Mamanduru and Kalahasti have all been occupied by the muslim enemies“.
In verse 90 says – “I entreat you, as your well-wisher, not to pay money to the mean-minded people“. 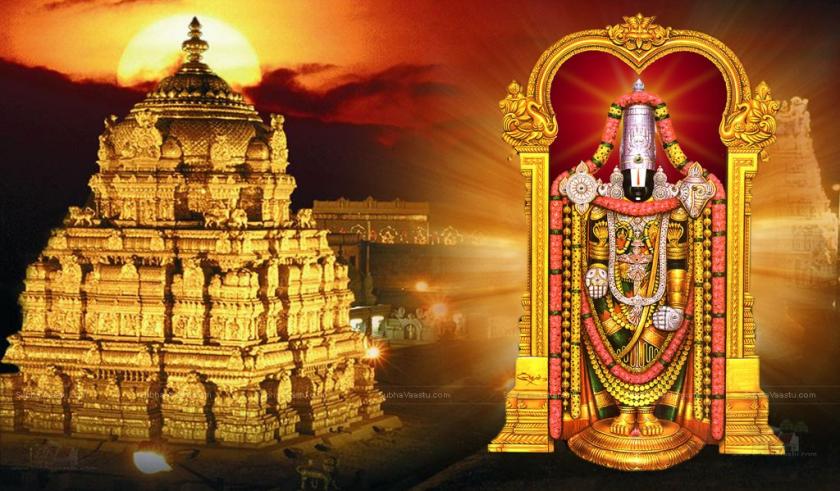 The army commander Ali was tricked by local people near the foothill, when his army tried to take steps towards Tirumala. 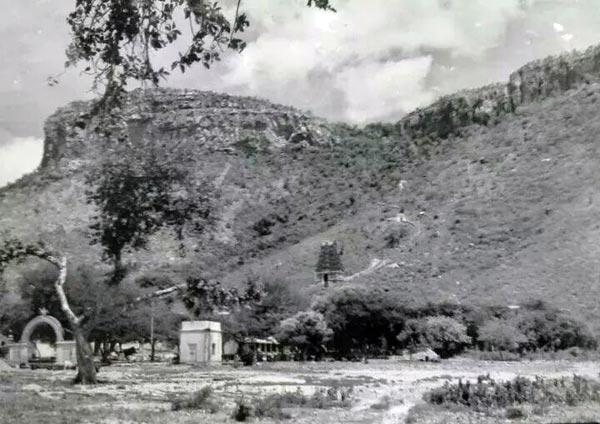 He was said that his army will have to cross Varahamurty idol at foorhill and even at entrance of hilltop.
Ali assumed it to be pig or boar and it being anethema to them, they returned to chandragiri fort and planned to attack from other side later.
The name of foothill being Alipiri, came from Ali-Phiri (Ali- returned). 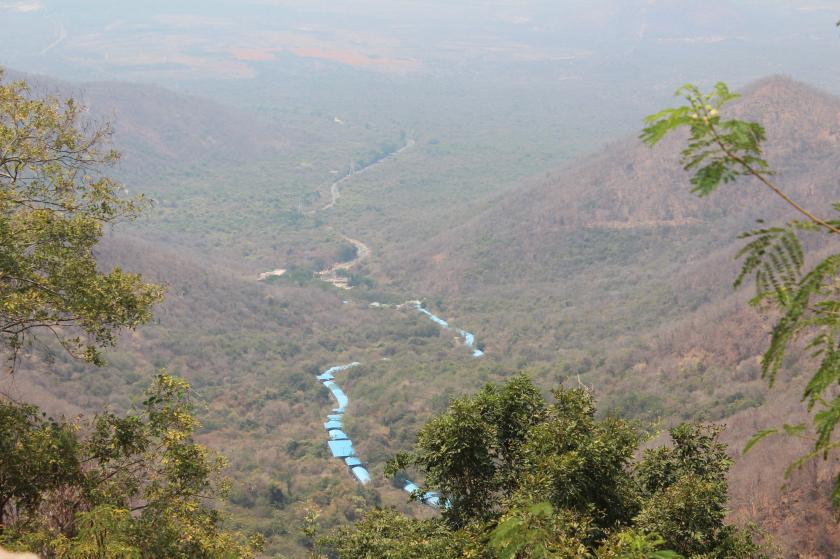 They were preparing to attack from Srivari Mettu 2 days later, but meanwhile the Temple priests managed to mediate.
They took cue from the legend of Bhagawan Balaji in which He takes a loan from Kubera for his marriage to Sri Padmavati, and added their own version that the Bhagawan had undertaken to pay Kubera the interest amount, through the kings who hold sway over this part of the country and through levy of fees on devotees. This appears to have then resulted in an average annual income of two lakhs of rupees to the shrine. 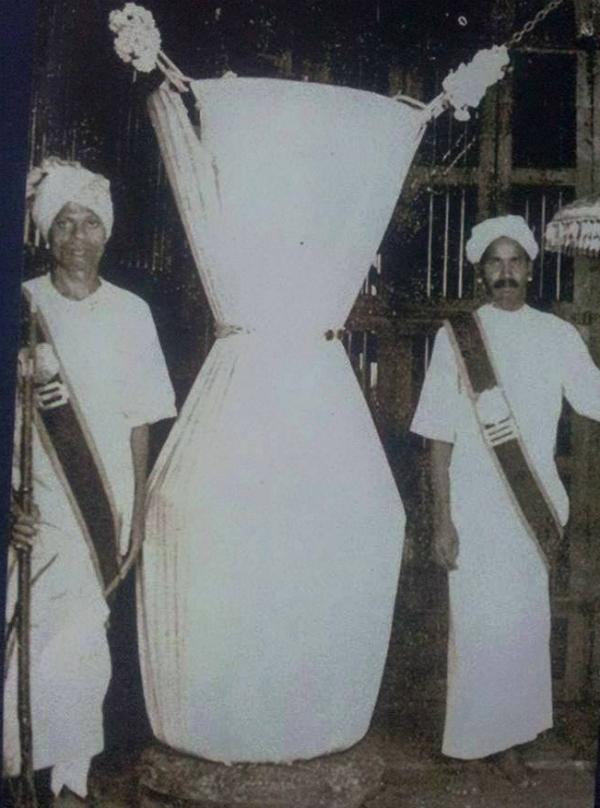 Ali understood that if temple is destroyed, is a loss to Sultan’s kingdom. Priests agreed to pay jizya tax to sultan from temple income and save the tirumala temple.

The poet, in a fit of anger, he calls the Bhagawan, names. “Do not call yourself Vishnu, you might soon become “Kartaru“. Not “Krishna“, but “Babayya“, because the Dakkinul (Dakkinis) Turks, “Parasilu” (Persian) will insult, abuse, strip and cudgel you. I have thus fore-warned you out of gratitude, since I ate your food and enjoyed other benefits fully; and I have no other thought except asking you to escape early in good time”. 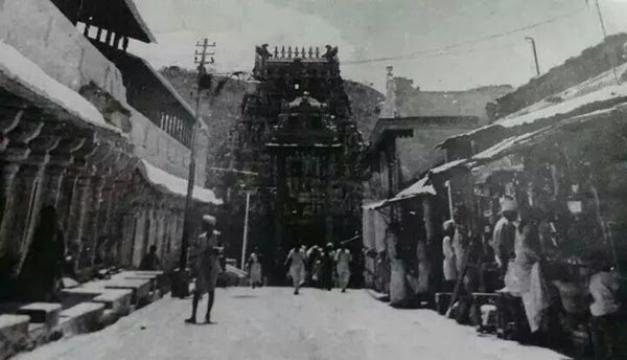 In the 98 verse, he realises that he had called the Bhagawan a coward besides other unacceptable words born out of frustration and helplessness. And pleads for forgiveness. He says, “Arrogantly I have called you a coward, but you are supreme warrior; the ever-solicitous protector of bhaktas, appearing powerless but really the all-pervasive universal power of different forms inheriting even in the smallest atom and the pores of hair, seemingly inactive but one who can be most decisive. In my destressed mood, I blamed you only to exhort you for the good of the world to destroy the assailing Muslims, I repent for my thousand offences“.

Priests, actually prepared a bond relating to the transaction between Bhagawan Balaji and Kubera, which is said to be preserved to this day.
The basis for preperation of one such bonds was the following extract from Chapter XI, Slokas 120-125, p352 of Sri Venkatachala Mahatmiyam – Bhavisyothara Purana.
This loan transaction is vividly described in the Venkatachalamahatmyam.
There is nothing to prove that Loan will be repayed for ages through the governments ruling the country between Palar and the Swarnamukhi rivers.
Infact, governments taking control over temple income has started with that incident and continuing till date. 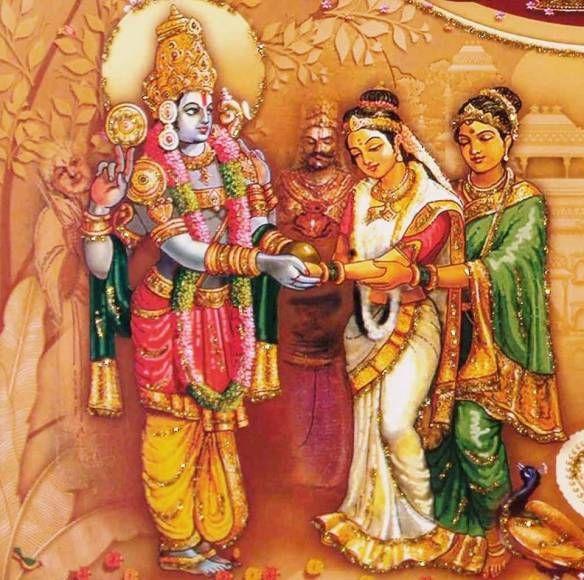 Srinivasaha UvAca : Kayam Lekhyam maYA patra RNadAnE vavadhyamE
Translation : Srinivasa asked – Tell me how the bond of debt should be drawn up by me. 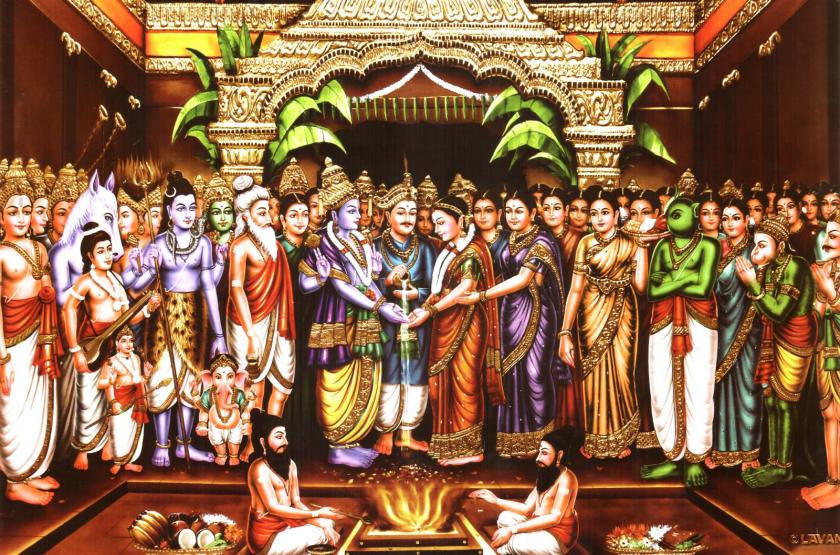 It is interesting to know that this third witness, Asvatha tree is believed to be the one near the Srivari Pushkarini.
Lord Venkateswara has promised that he will be protecting his devotees till end of Kaliyuga by residing at Tirumala, but he did not ask governments to take control over his income. 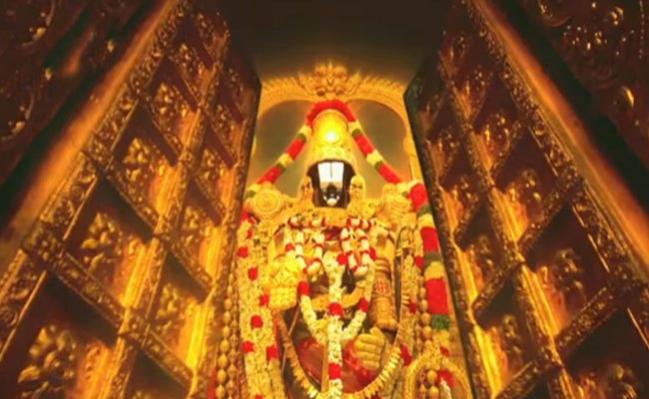