In Valmiki Ramayana, Sugreeva orders Vanara leader Vinata to go towards east direction and search for Seetha.
Vinata is allowed to take 100,000 vanaras with him in this search operation.

The reference point for directions specified by Sugreeva is not Kishkinda, but center of Vindhya mountains, which is near Nagpur today.
Sugreeva asks Vinata to first search towards North-East where rivers like Ganga, Yamuna, Sarayu, Kaushiki (koshi), Shona (shon), Mahii, Kalamahi, Sindhu and Saraswati begin their journey.
He also asks him to search in kingdoms of Brahma-maala, Videha, Maalva, Kaashi, Kosala, Maagadha, Pundra, Anga. These kingdoms are from present Himalayas till north-east where Brahmaputra river flows.
River Shona is present day Shon, and Kaushiki is Koshi, and she is the sister of Vishvamitra. That sage explains about the emergence of this river in Bala Kanda.
He did not even want to spare Seetha’s birth place mithila (Videha) and expected Ravana might have hidden her somewhere other than Lanka.
Sugreeva also describes about half-man half-tiger like man-eating tribals (those who wear tiger masks and hunt humans), few with iron-faces (masks) and rapid moment on single-foot (hopping on long sticks).
He also talks about islanders who eat raw fish and to reach there Vanaras will need boats. These must be deltas in Brahmaputra river.
He talks about golden complexion tribe who wear long hats or towering wisps (Myanmar, Laos, Cambodia, Vietnam).
Here, तीक्ष्ण चूडाः च हेमाभाः प्रिय दर्शनाः (4-40-27) means people with towering wisps, wearing golden crowns or complexion and pleasant faces.
They are Khmer people in East Asia. 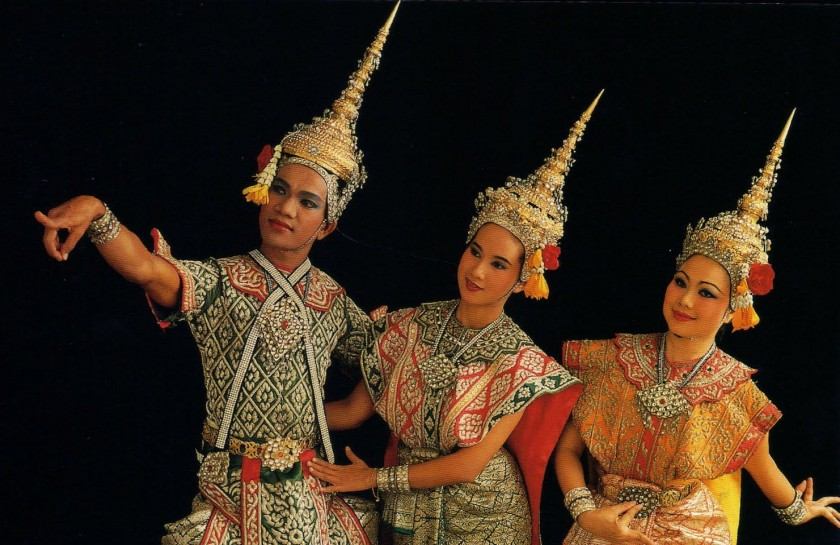 Translation : From Magadha, through Pundra and Anga enter the land of Koshakaara, which is literally a silkworm or one who makes scabbards or a lexicographer.
Sugreeva describes the land where Silk is worn and Silver is mined. This is present day Myanmar (Burma) where Myanmar silk is real hand made and even in neighbouring countries like Thailand, silk is worn. 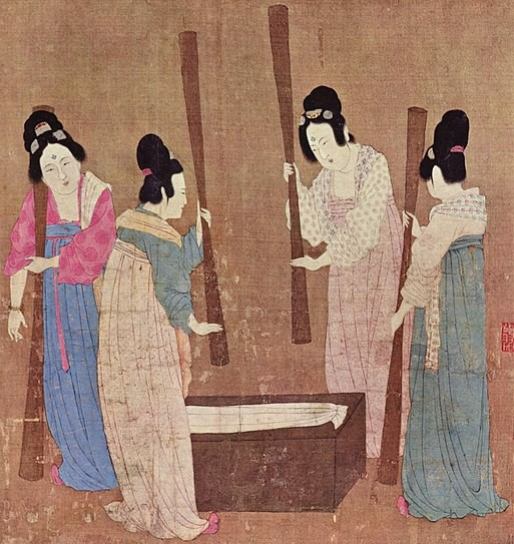 Fake history was created that Silk originated in China during 4th millenium BCE and did not travel outside until ‘Silk Road’ opened in 1st millenium BCE.
Lotus Silk is a variety, which does not involve silkworm and is called a non-violent silk. This originated in Burma (Myanmar).

Translation : You strive hard in the island of Yava, which will be splendorous with seven kingdoms, like that even in Golden and Silver islands that are enwreathed with gold-mines, in and around Yava islands.
He called the land between Myanmar (Burma) till Malaysia as Suvarna Rupyakam Dweepam. Even today countries between Myanmar-Malaysia are called Suvarnabhumi.
Bangkok airport is named as SuvarnaBhumi International Airport.
Here, the mountains described are in Thailand.

After searching in Plaksha and Ikshu islands, which are Indonesia and Malaysia, Sugreeva asks them to go towards an Island where sea waves dash the shores violently.

Translation : It will be apt of you to proceed from there and see the terribly furious, tempestuous, blaring, and tide-ripped ocean called ikshu samudra, and that ocean’s islands which will be extremely ghastly.

Here, Anila Uddhitam or Aniloddhita is description of present day Japan, where ‘Anil’ means wind and ‘Uddhita’ means impudent.
The Island where wind is always impudent and strong waves hit the coasts is Japan.
Even today Japan faces fierce storms from all sides.

Sugreeva then orders them to down towards Australia and then to New Zealand and thereafter towards South America.

On the way towards Australia and New Zealand, the Ring of Fire (Demon Hayagreeva) was described which had a Map in the shape of Horse Face.

In ancient Japan, India was called as ‘Tenjiku‘, which means ‘Center of Heaven‘.
Through Chinese, the Japanese got to know of the Western Paradise from which the Buddha emerged, Tianzhu (chinese name of Tenjiku).