Nasadiya Sukta ( meaning : “not the non-existent”) also known as the Hymn of Creation is the 129th hymn of the 10th Mandala of the Rigveda (10:129).
This hymn has attracted a large body of literature of commentaries both in Indian theology and in Western philology. 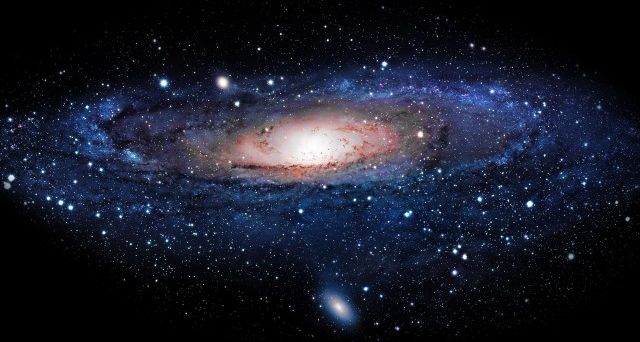 It begins by paradoxically stating “not the non-existent existed, nor did the existent exist then” (ná ásat āsīt ná u sát āsīt tadânīm), paralleled in verse 2 by “then not death existed, nor the immortal” (ná mṛtyúḥ āsīt amŕtam ná tárhi). But already in verse 2 mention is made that there was “breathing without breath, of its own nature, that one” (ânīt avātám svadháyā tát ékam).
In verse 3, being unfolds, “from heat (tapas) was born that one” (tápasaḥ tát mahinâ ajāyata ékam).
Verse 4 mentions desire (kāma) as the primal seed, and the first poet-seers (kavayas) who “found the bond of being within non-being with their heart’s thought“.

Translation : There was NO existence then , nor non-existence.
No realm of air yet , nor etheric aakasha beyond..
What cloaked all, where, by whose maya ?
Did not the cosmic waters pervade dark and deep !

Translation : T There was no cycle of birth or decay
Nor a mediator for darkness and light
The field of consciousness breathed , self sustaining .
Apart from morphogenetic BrahmAn , there was none !

Translation : Dark energy concealed in darkness
A continuum of dark cosmic ocean
Then That which lay in void thus covered
Burst forth in glory self excited by intent.

Translation : In the great cosmic mind all pervading
Vibrations of Kama sprout from conscious thought
The seers who have searched within with wisdom
Have witnessed the conscious equation between matter and energy.

Translation : An oblique ray cut Being from Non-being .
What was described above, and what below this screen?
Above was the power of conscious intent ,
Below was the strength of creative discipline.

Translation : Who really knows? Who in this world may declare it!
When was this holographic exhalation , whence will be the pralaya inhalation?
Only after this holographic projection ( ADVAITA )came the field gods
Who move nature’s opposites ( DVAITA ) . Who truly can say !

Translation : He from whom this creation arose,
He may hold the reins , or he may not ( for no one else can !)
He who surveys it all from his highest heaven,
He verily knows it, or perhaps even he does not ? (What do you say ?)

In ancient Indian tradition , the purpose of debate (tarka sastra) was to seek agreement by evoking conscience — never ever for victory, by putting down others .
But if modern scientists and religious heads want to get into dates, arguments to prove their point, let them know that Rig Veda is composed atleast in 23720 BCE