Blood sucking Vampire legends existed in many cultures like the Mesopotamians, Hebrews, Ancient Greeks, and Romans who had tales of demonic entities and blood-drinking spirits which are considered precursors to modern vampires. Vampires in South America existed since ages.
In Surinam, a country in South America just north of Brazil, the most interesting vampire is Azeman (note the word has similarity with Aztec, which is a vampire that can magically transform itself into the form of a bat, and some myths claims that the creature can shapeshift into many forms, including that of a wolf. 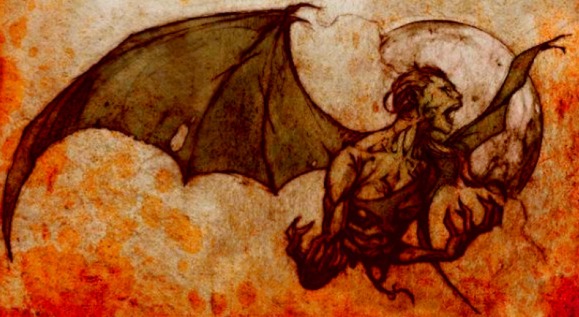 In the oldest epic poem of the world, Ramayana, written in sanskrit by Valmiki, the chapter Kishkindha Kanda describes blood sucking vampires in south america and mexico.
Sugreeva, the king of Vanaras describe that after crossing the huge pyramid of Garuda in Shalmali Dwipa (Gympie Pyramid in Australia), one needs to fly over pacific ocean and then one encounters a land (South America) where demons called as ‘Mandeha’ as seen.
They are slate colored (similar to Bats) and hang upside down during daytime, while they suck blood of humans and animals during nights.

Translation : Thereabout horrifying and merciless demons of various shapes and similar to mountains in size, called Mandeha-s, will be dangling upside down from mountain peaks.

Translation : Every day those demons will be falling in water when sun always burns them at sunrise and when the impetus of Gayatri hymn fells them down, yet they will be resurfacing and dangling on the mountaintops day after day. 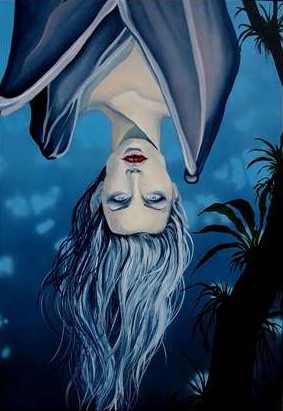 Mandeha beings will try to hinder the path of the Sun daily at the time of sunrise to grasp Him. At that time, the devout Gayatri hymn chanters will be chanting Gayatri and offering water oblations to Gayatri.
These watery oblations and the force of Gayatri hymn will hit the Mandeha-s out, making the Sun’s path clear of any obstruction and the Sun proceeding on his way will burn them down.
But Mandeha-s regain their lives and start repeating the same obstruction of Sun’s path on next morning by dangling from the peaks of mountain and they are again tossed into oceans, by water oblations and Gayatri hymn, day after day.

The Azeman is a type of living vampire almost always described as being a woman, and in the daytime she can walk about just like any normal human.
She is indistinguishable from other humans, and there are no telling signs that at night she turns into a bat and hunts for blood.
This creature exists in the mythology of South America, and had mendous impact on the vampire lore of European settlers.
There are many similarities between the azeman and the European vampires, even the concept of the vampire transforming into a bat.

Aztec mythology described tales of the Cihuateteo, skeletal-faced spirits of those who died in childbirth who stole children and entered into sexual liaisons with the living, driving them mad.