There are about 8 Hindu temples (Attukal Bhagavathy, Chakkulathukavu, Brahma Temple, Kanyakumari, Kamrup Kamakhya, Muzaffarpur, Trimbakeshwar) in India which does not allow Men to enter either on all days or during special occassions.

While women re-entered the Haji Ali Dargah in Mumbai after 5 years long legal battle and also worshipped at Shani Shingnapur, men are asked to remain outside in these temples.
Gender equality based decision by court has forced Men to stay away from Trimbakeshwar temple, where originally women were not allowed to enter the main sanctum-sanctorum.
There are still few temples like Sabarimala Ayyappa, which does not allow women to enter. Only young girls who have not attained puberty, or old women who had menopause can enter.
But one can rarely find temples which does not allow men (espcially married men) to enter.

Each temple has its own reason and specific days where men are kept away.
Few of them even have female priests on those particular days.

List of 8 Hindu Temples where Men are not allowed 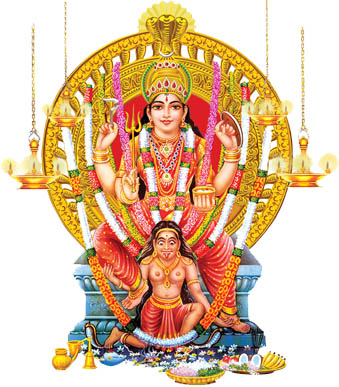 The Attukal Bhagavathy Temple, a temple located in Kerala that worships women, has made it to the Guinness Book of World Records for hosting the Pongala festival which sees around three million women participate.
Men are not allowed to enter the temple that witnesses the largest gathering of women during the festival.
The Goddess Kannaki (Parvathi) is the main deity in this temple.
Around 4.5 million devotees attended the pongala in 2016.
Attukal Temple is situated within 2 kilometres of the Sree Padmanabhaswamy Temple in Thiruvananthapuram.
Attukal Pongala Mahotsavam is a 10 days festival which falls on February – March every year (Malayalam month of Kumbham). The festival begins on the Karthika star with the traditional Kappukettu and Kudiyiruthu ceremony, the idol of Devi, is embellished with Kappu (Bangles). The 9th day of the festival is the major attraction, The Attukal Pongala day and the festival will conclude with the Kuruthitharpanam at 10th day night. Only women can participate in this festival.
Attukal Temple 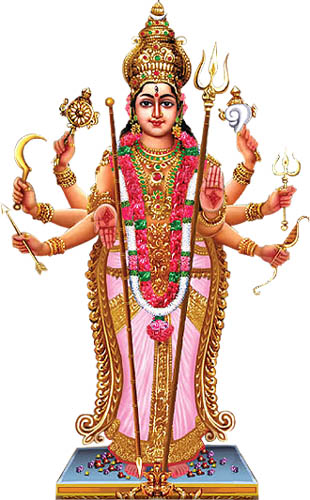 Another temple located in Kerala that worships Goddess Bhagavathi and observes an annual ritual called ‘Naari Puja‘ in which the male priest washes the feet of women devotees fasting for 10 days on the first Friday of December.
The day is called Dhanu. During ‘Naari Puja‘, only women are allowed to enter the temple.
It is dedicated to goddess Durga.
Until it was renovated a few decades ago, this temple was less known even to the local residents and lay as a family temple of a local resident.

The major festival is Pongala which takes place in the temple during the month of Vrischikam (November/December, when sun transits Scorpio).
Lakhs of women devotees gather around the temple as early as even one week before the function. The temple premises will be overcrowded and the devotees arrange places for offering the pongala on both sides of the main streets.
The queue usually extends to a surprising length of 20 km. Rice, coconut and jaggery are brought by women devotees along with round earthen pots for cooking.
The Chief Priest lights the main hearth from the divine fire inside the sanctum sanctorum. This fire is exchanged from one oven to another.
Panthrandu Noyampu is another festival celebrated at the temple. This is the type of fasting and prayer which qualifies the devotee for eternal blessings of Chakkulathamma.
This fasting starts every year from the first day of the Malayalam month of Dhanu till the twelfth.
Chakkulathukavu Temple 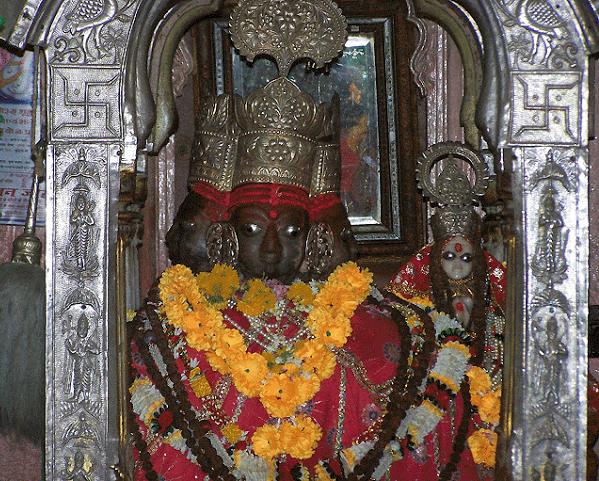 Jagatpita Brahma Mandir (जगत्-पिता ब्रह्मा मंदिर) is a Hindu temple situated at Pushkar in the Indian state of Rajasthan, close to the sacred Pushkar Lake.
This 14th century temple located in Pushkar in Rajasthan prohibits married men from entering its premises.
This is one of the 3 known Brahma temples in India, apart from Brahmapureeswarar Temple, which is about 26 km from SriRangam and Uthamar Kovil, which is less than 4 km from SriRangam in Tamil Nadu, where Brahma, Vishnu, Siva are worshipped seperately.

Puranas suggest that Lord Brahma had performed a yagna at Pushkar Lake with his wife Goddess Saraswati who got late for the event. Therefore, Lord Brahma married Goddess Gayatri and performed the ritual due to which Goddess Saraswati cursed the temple saying that “no married man is allowed to visit the inner sanctum otherwise a trouble will arise in his marital life.”
This is the reason men are not allowed to enter this temple. 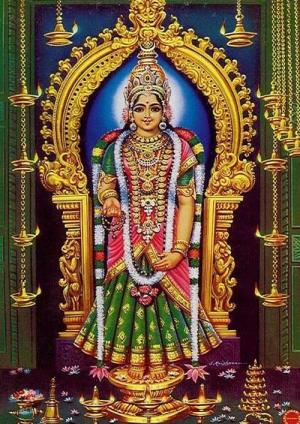 This place is believed to be the place where Parvati did Tapasya for Lord Shiva as her husband in the middle of the ocean.
Her marriage with Lord Siva was disturbed by Narada, so as to make her eligible for killing Banasura, who had to destinty to die in hands of a virgin adoloscent girl.

According to the Puranas, the spine of a Sati fell on the shrine. The goddess is also known as the Goddess of Sanyasa.
Due to these reasons, sanyasi or bachelor men are allowed till the gate of the temple, while married men are prohibited from entering the premises.
The temple is raised on the same spot.
Here male entry is prohibited.

In this famous temple of Kanyakumari, Kanya Ma Bhagawati Durga is worshiped by women only.
Sage Parashurama is said to have performed the consecration of the original temple.
Swami Vivekananda etc monks have worshipped Goddess at this temple. 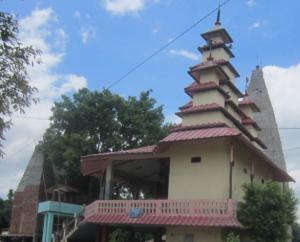 People across muzaffarpur and bihar used to visit this shakti sthal and they do believe that their wishes get fulfilled with Mata’s blessings.

The surroundings of this village are lush green.
There are other temples called Brahm Sthan, Hanuman mandir, Shiv Mandir apart from the Durga Mata Mandir in this village. 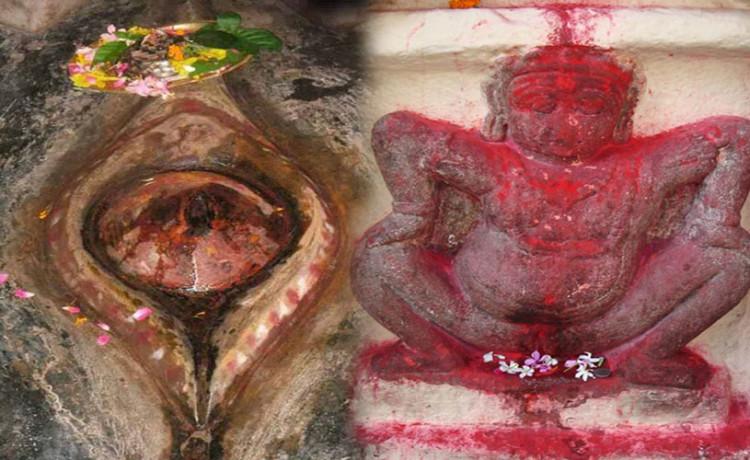 Its is on the Nilachal Hill in western part of Guwahati city in Assam, India. It is the main temple in a complex of individual temples dedicated to the ten Mahavidyas: Kali, Tara, Shodasi, Bhuvaneswari, Bhairavi, Chhinnamasta, Dhumavati, Bagalamukhi, Matangi and Kamala.
The Kalika Purana, an ancient work in Sanskrit describes Kamakhya as the yielder of all desires, the young bride of Siva, and the giver of salvation. Sakti is known as Kamakhya.
The goddess is worshiped according to both the Vamachara (Left-Hand Path) as well as the Dakshinachara (Right-Hand Path) modes of worship.
Offerings to the goddess are usually flowers, but might include animal sacrifices. In general female animals are exempt from sacrifice, a rule that is relaxed during mass sacrifices.

According to the Kalika Purana, Kamakhya Temple denotes the spot where Sati used to retire in secret to satisfy her amour with Shiva, and it was also the place where her yoni fell after Shiva danced with the corpse of Sati.
This temple permits only women to enter its premises during their menstrual cycle. Only female priests or sanyasis serve the temple where the menstrual cloth of Maa Sati is considered highly auspicious and is distributed to the devotees.

There is a similar temple, with similar legend in Chengannur, Kerala too, where a menstruating goddess is worshipped only by women.

Trimbakeshwar or Tryambakeshwar is an ancient Hindu temple in the town of Trimbak, in the Trimbakeshwar tehsil in the Nashik District of Maharashtra, India, 28 km from the city of Nashik and 40 km from nashik road. It is dedicated to the god Shiva and is one of the 12 Jyotirlingas.
Extraordinary feature of the Jyotirlinga located here is its three faces embodying Lord Brahma, Lord Vishnu and Lord Rudra. Due to excessive use of water, the linga has started to erode. It is said that this erosion symbolizes the eroding nature of human society. The Lingas are covered by a jeweled crown which is placed over the Gold Mask of Tridev (Brahma Vishnu Mahesh). The crown is said to be from the age of Pandavs and consists of diamonds, emeralds, and many precious stones. The crown is displayed every Monday from 4-5 PM.

The Santoshi Mata ‘vrat‘ is observed strictly by women or unmarried girls.
They are prohibited to eat sour fruits or pickles during that period.
Males are allowed to enter the temple to worship the goddess on other weekdays, except Fridays.
Santoshi Maa vrata performed by women on 16 consecutive Fridays wins the goddess’ favour.

Santoshi Mata emerged as the goddess in the early 1960s. Her cult initially spread through word of mouth, vrata-pamphlet literature, and poster art. Her vrata was gaining popularity with North Indian women.
After 16 fridays of vrat, when the wish is granted, a devotee must then organise a udyapan (“bringing to conclusion“) ceremony, where eight boys are to be served as a festive meal.
In this type of worship, the devotee has to follow other strictures such as avoiding quarrels and hurting anyone.
By means of this vrata one can live with harmony because the bad habits in human life like to ignore faith and to say false, to behave arogantly can be removed.
This vrata teaches the devotee to spread love, sympathy and happiness.
Santoshi Mata