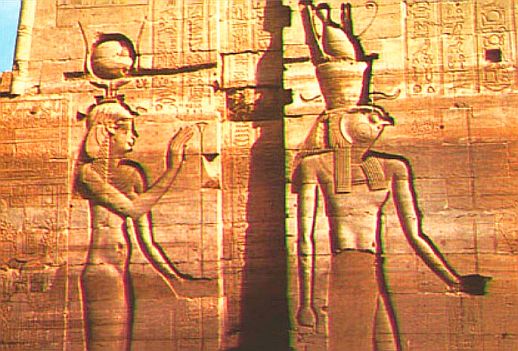 Mudra is the hand gesture or the finger position.
Gods or saintly persons who practise meditation or Yoga use Mudras. The Mudras are sacred, mysterious and magical. They can attract or distract people.
They express lot of things. They are meaningful. They can give you certain powers.

The word Mudra is derived from two Sanskrit words: MODHANATH and DRAVANATH.
The meaning is that which makes the Devas happy and that which gets rid of the sins. More over it fulfils the desires of the people who practise
them.
The Sanskrit sloka about Mudras says:

There are 108 different Mudras shown on the tower of Chidambaram temple where the Lord of Dance Nataraja/Shiva appears in his dancing form.
The dance Mudras are different from Yoga Mudras.
Tantric Mudras are different from these two categories.
Mudras have been used by the Hindus for thousands of years. Egyptians and Sumerians have learnt them from the Ancient Hindus.
The most famous Mudra is the ChinMudra of Lord Dakshinamurthy (Siva in human form).
Abhaya Mudra shown by all the Hindu Gods and saints is also famous.
Chin Mudra gives one the divine wisdom.
Abhaya Mudra gives us the message,
“Why fear when I am here?”.
Though Hindus invented them, Buddha was the one who mastered them. Every Buddha statue shows a different type of Mudra.

Mudras in Egypt and Babylonia (Sumerian)

Egyptian and Sumerian Gods show different gestures. Babylonian gods touches their shoulders with crossed hands.
This is called Kavacham Mudra. This protects one like a shield. Other gods and goddesses show one hand touching the heart (chest).
It is called Jnana Mudra. Lord Rama liked this very much.
Lower hand facing up, usually on one lap is called Vara(da) (boon) mudra.
Hindu gods show Abhaya Mudra with one hand and Varada Mudra with another hand, which means “You don’t have to fear, You will get the asked boons”

Mudras affect the flow of energy in the body. By positioning the hands and fingers in a particular position one can channelize the
energy.
Jain Thirthankaras , Indus valley Statues and Egyptian Pharaohs keep their hanging hands
straight. They resemble one another establishing some connection in the past. This Mudra is called Kayotsarga Mudra.
Hand on hand on the lap is called Buddha Mudra. We can find this in Jain and Buddha statues.

Hindus use Mudras in the Puja,Meditation, Yoga Sadhana (Practice), Yagas (Fire Ceremonies) and Naivedhyam (food offerings).
There are different types of Mudras to please different Gods.
Nyasa (anganyasa, karanyasa) done especially before worship of Siva is all Mudras.