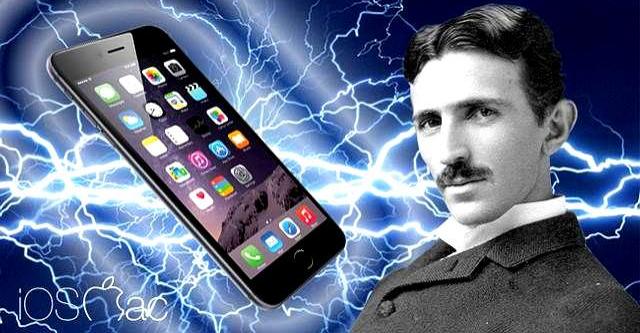 Tesla’s inventions went far beyond electricity. He made groundbreaking discoveries such as wireless radio communications, turbine engines, helicopters (modern day), fluorescent and neon lights, torpedoes and the X-ray among others.
During his lifetime, Tesla held nearly 700 worldwide patents.
Tesla was born at a time which, coincidentally, coincides with an ancient Zoharic prophecy that speaks about the opening of the gates of wisdom upon the earth. (including Albert Einstein).
Surprisingly, Tesla is not even mentioned in history or science book at school, while Edison and Einstein are given more importance.

Nikola Tesla once said: “There is a difference between progress and technology, progress benefits mankind. Technology does not necessarily do that.”

In an interview titled ‘When Woman in Boss‘ with Collier’s magazine during 1926, Tesla predicted the invention and usage of SmartPhone.

When wireless is perfectly applied the whole earth will be converted into a huge brain, which in fact it is, all things being particles of a real and rhythmic whole. We shall be able to communicate with one another instantly, irrespective of distance. Not only this, but through television and telephony we shall see and hear one another as perfectly as though we were face to face, despite intervening distances of thousands of miles; and the instruments through which we shall be able to do his will be amazingly simple compared with our present telephone. A man will be able to carry one in his vest pocket.We shall be able to witness and hear events–the inauguration of a President, the playing of a world series game, the havoc of an earthquake or the terror of a battle–just as though we were present.

When the wireless transmission of power is made commercial, transport and transmission will be revolutionized. Already motion pictures have been transmitted by wireless over a short distance. Later the distance will be illimitable, and by later I mean only a few years hence. Pictures are transmitted over wires–they were telegraphed successfully through the point system thirty years ago. When wireless transmission of power becomes general, these methods will be as crude as is the steam locomotive compared with the electric train.

Using Satellites, live TV and Internet on Smart Phones, now we can access any information across the globe in real time.