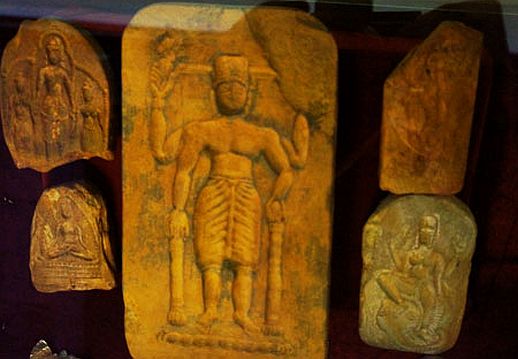 Vishnu stone head from Oc Eo culture, dating back to 4,000-3,500 years have been discovered in the region of Southern Vietnam’s Mekong Delta.
Mekong (Ma Ganga) River is named after the Ganges (Ganga) River of India.
Vietnam was once the home to several ancient and prosperous Vedic Kingdoms and many intriguing and unique Vedic artifacts have been discovered. 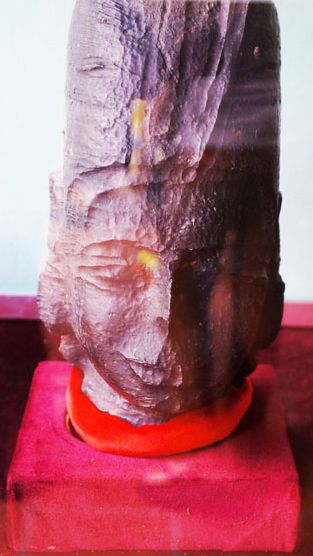 Europeans have been teaching the world that only after Aryan Invasion in 1500 BCE, vedic religion or hinduism came into existence.
Then how did vietnam, australia, italy, russia etc discovered vedic gods statues, artifacts etc dating back to 4000-5000 years ago.
If Vedic Vaishnava art, culture and religion flourished 4000 years ago in prehistoric Vietnam it was undoubtedly flourishing in ancient India as well.
More than 5000 years ago India was home to a highly evolved and advanced civilization according to Vedas.
Mahabharata war, Dwaraka are proved archaeologically and astronomically to be dated back to 3100 BCE.
Worship of the Vishnu, Siva, Lakshmi and Durga was widespread and in fact spanned the entire globe.

It is a great irony that the officially atheistic Communist Government of Vietnam exhibits more pride in its ancient Hindu heritage than the ‘Secular’ Democratic Government of India.
Recently, National Highways Authority of India’s (NHAI) attempted to destroy a 1000 year old Siva temple in Tamil Nadu.

The entire South Asian and SE Asian region was once home to many thriving Hindu Kingdoms and civilizations.
The Encyclopedia Britannica writes regarding the Indian influence upon these regions “In the realm of politics, Indian influence accompanied the rise of new political entities, which, since they do not readily fall under the Western rubric of “states,” have been called mandalas. The mandala was not so much a territorial unit as a fluid field of power that emanated, in concentric circles, from a central court and depended for its continued authority largely on the court’s ability to balance alliances and to influence the flow of trade and human resources.”

Today, India itself is reeling under the onslaught of enforced ‘secularism’ and as Hinduism has been relegated to the realm of just one of many religions, fortunately, former Vedic(Hindu) lands of Indonesia, Vietnam, Thailand, Myanmar, Laos and Kampuchea are leading the way towards the reclamation of ancient Vedic heritage.