Po Klong Garai temple is a Cham (kingdom in south vietnam between 7th till 19th century) temple tower located in the medieval Cham principality of Panduranga, near the city of Phan Rang in what is now southern Vietnam. 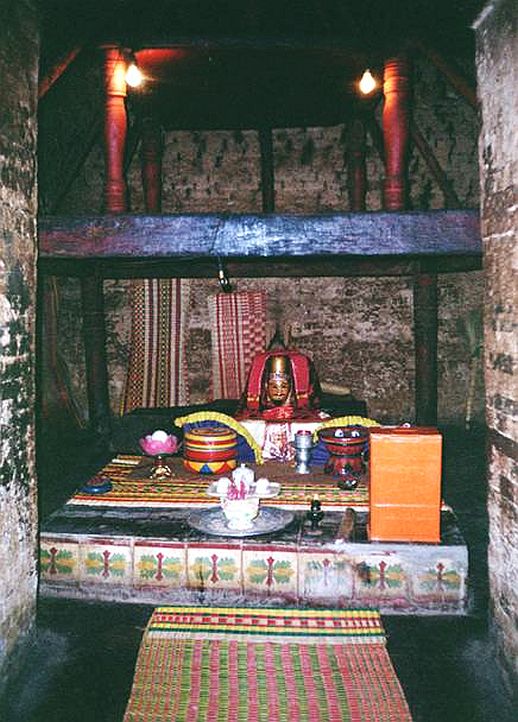 This tower(temple) was built in honor of the legendary king Po Klaung Garai by the historic King Jaya Simhavarman III, who ruled Champa from 1285 AD to 1307 AD and is called Chê Mân in Vietnamese.
It is also believed that Jaya Simhavarman rennovated an ancient temple which existed since 4th century AD.
Po Klaung Garai started life as a lowly cowherd, but became king of Champa by destiny, ruling wisely and for the good of the people.
When the Khmer of Cambodia invaded his kingdom, he challenged them to settle the matter peacefully in a tower-building contest.
Po Klaung Garai prevailed in the contest, thereby obliging the invaders to return home.

After his death, Po Klaung Garai became a god and protector of the people on earth; it is said that the tower he built in his contest with the Khmer is the tower that today is known by his name. 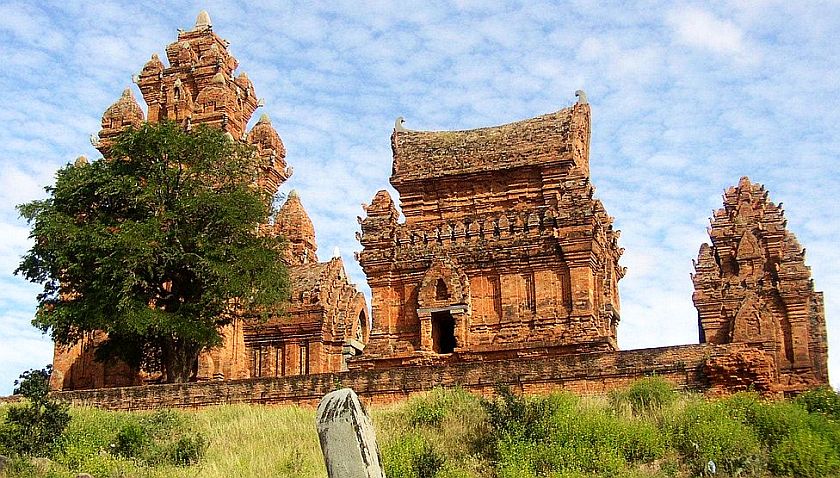 An inscription, dating back to 1050 AD, at Po Klaung Garai commemorated the military victory of two Cham princes (presumably representing the northern dynasty of Indrapura headquartered near Mỹ Sơn) over the people of Panduranga in southern Champa. According to the inscription, the victorious princes celebrated by erecting two lingas and a victory column.
Mỹ Sơn is a cluster of abandoned and partially ruined Hindu temples constructed between the 4th and the 14th century AD by the kings of Champa (Chiêm Thành in Vietnamese).
These temples are dedicated to the worship of the god Siva, known under various local names, the most important of which is “Bhadresvara.”

Temple of Po Klaung Garai belongs to what is known as the Thap Mam Style of Cham art and architecture.
It consists of three brick towers: a main tower with three stories, a smaller gate tower, and an elongated tower with a saddle-like roof.
The group of buildings is well preserved, and is distinguished by the purity of its outlines and the austerity of its decor.
Over the front door of the main tower is a sculpture of the god Siva that is regarded as one of the masterpieces of the Thap Mam Style.
he tower with the saddle-like roof is said to be dedicated to the God of Flame, Thang Chuh Yang Pui.

The primary religious image in the temple is a Mukhalinga of the 16th or 17th century.
A Mukhalinga is a linga with a human face (In general, Siva is worshipped only in Linga form without a face).