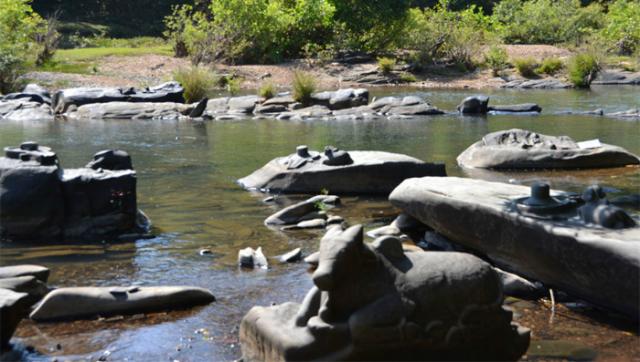 It was found in the river Shalmala, whose waters have receded in the recent past and revealed rock carvings made during the reign of Sadashivaraya, king of Sirsi (1678-1718 CE).
During the festival of Sivaratri (around late february or early march every year), water levels go down and reveal all Siva Lingas in this river.
Many devotees reach this place to offer their prayers during that time.
Lingas with Nandi of all shapes and sizes can be seen here, some of them dislodged due to the force of water flow.
Sahasralinga, is approachable from Hulgol, on Sirsi-Yellapur road. 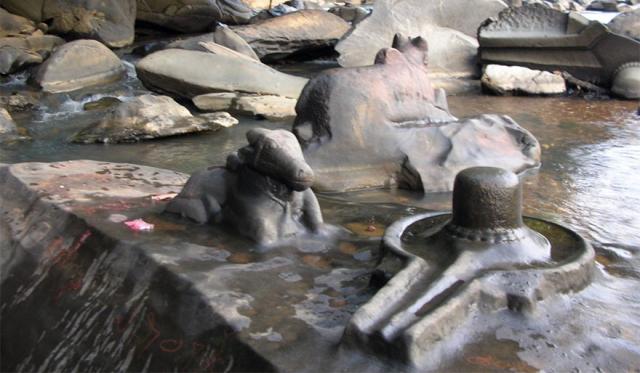 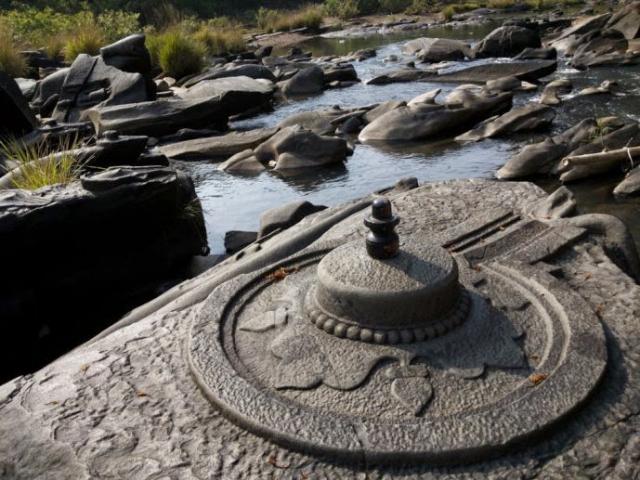 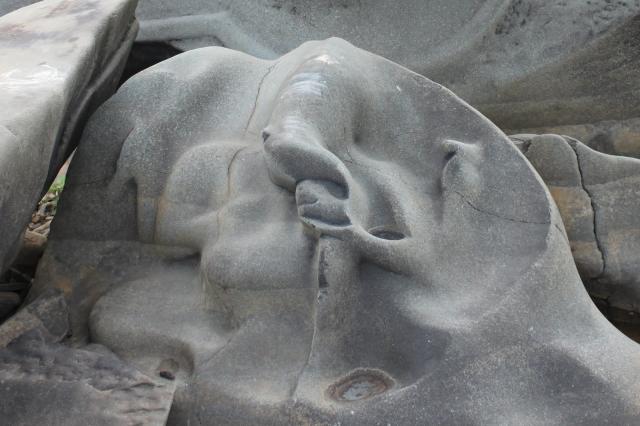 The best time to visit Sahasralinga is between Winter to Early summer.
The place has Siva Lingas similar to Kbal Spean, River with 1000 Siva Lingas in Cambodia