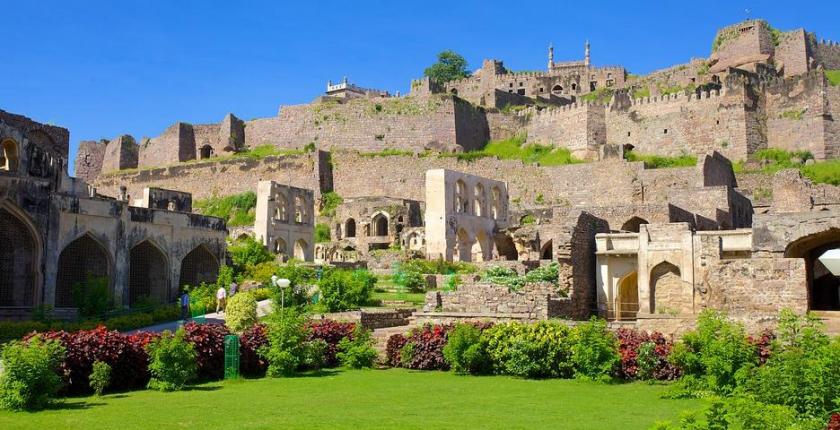 The original temple of Goddess Mangala must have been built (or rebuilt) parallelly with Mangala Devi temple in Mangalore, during 9th century CE.
This was the era of Matsyendranath, the founder of the Nath tradition.
Original Mangala Devi temple is believed to be built by Sage Parasurama in Kerala style architecture, which is common in all temples in the South Indian state of Kerala and Western Ghats.
Mangalore was named after the goddes Mangaladevi, the presiding deity of the temple or a synonym of Tara Bhagvati of the Vajrayana Buddhist sect, who is same as Taara from Dasamahavidyas.
Worship of Taara in the form of Mangala was popular in South India. Due to this, women were named Mangala, Tara or Taramati. Seventh Sultan of Golconda, Abdullah Qutb Shah’s favorite courtesan was Taramati, who was behind the name sarai Taramati Baradari.

The fort was rebuilt and strengthened by Rani Rudrama Devi and her successor Prataparudra. After many year the fort came under the control of the Musunuri Nayaks, who defeated the Tughlaqi army occupying Warangal. It was ceded by the Musunuri Kapaya Nayak to the Bahmani Sultanate as part of a treaty in 1364 CE.
From Bahamani Sultans, Golconda fell into Sultan Quli’s hands, who formally became independent in 1538 CE and formed Qutb Shahi dynasty.
Qutb Shahis expanded the fort, whose 7 kilometres (4.3 miles) outer wall enclosed the city.
The fort finally fell into ruin in 1687 CE, after a year long siege leading to its fall at the hands of the Mughal emperor Aurangzeb. 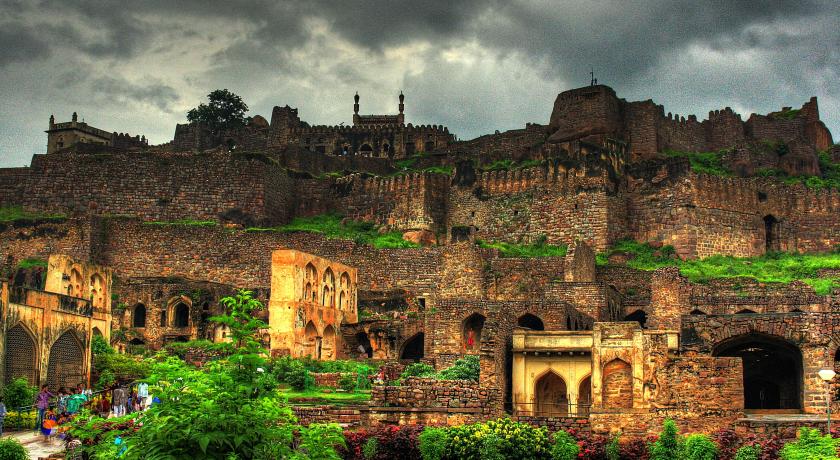 Golconda is renowned for the diamonds found on the south-east at Kollur Mine near Kollur, Guntur district, Paritala and Atkur in Krishna district and cut in the city during the Kakatiya reign. During that time, India had the only known diamond mines in the world.
Many famed diamonds are believed to have been excavated from the mines of Golkonda under Kakatiya Yadav dynasty such as :

There were many temples on top of the hill and around the original Mangala Devi Temple at Golconda. But many were either destroyed or neglected.
One of the most visited till date is Sri Jagadamba Mahakali Temple.
Kancharla Gopanna (Ramadasu), who was kept in Golconda jail for 13 years, for using the funds to build temple at Bhadrachalam.
His carvings of Rama, Seetha, Hanuman etc can be seen inside the jail. 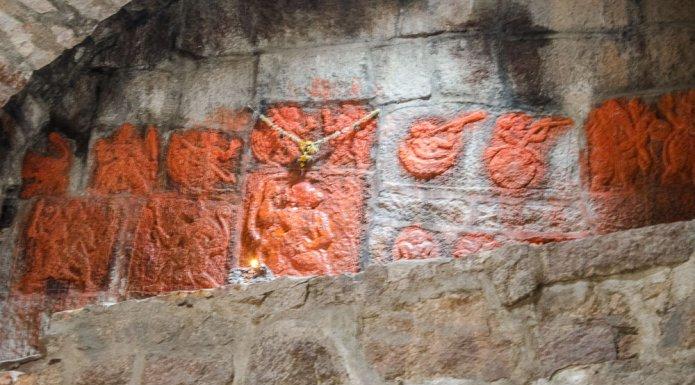