Jami Masjid is a mosque in Khambat, Gujarat, India, built in 1325 CE over Shakunika Vihar, a Jain Temple.
This original structure was built by Sri Lankan Princess, Sudarshana in 220 BCE. 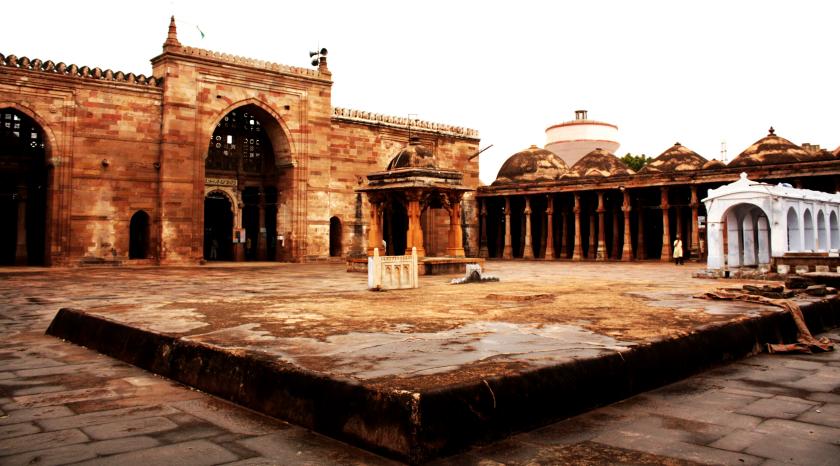 Khambat or Cambay town is at the estuary of the Mahi river.
It is 100 kilometres from Ahmedabad and 78 km away from Vadodara, Gujarat.
Alauddin Khalji invaded Gujarat and captured Khambat in 1324 CE. During his invasions in Gujarat he had destroyed many Hindu and Jain temples. According to an inscription on the mosque, it was built in 1325 CE from the ruins of the earlier monuments.
This structure does not have many dooms and minarets, which indicate early stages of Mosques built on Temples.
Thos were the days of beginning of Islamic architecture in Gujarat.
Umar bin Ahmad al-Kazaruni, a businessman of the town, has takes care of the mosque construction work.
He is credited with building the mosque.
His grave lies inside the temple turned mosque. 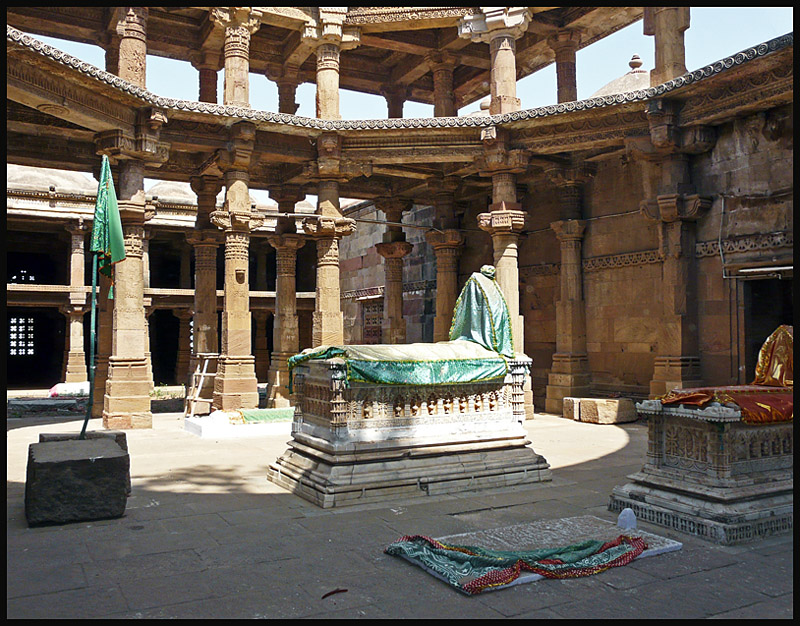 This mosque has Toran art which is Hindu style carvings at the Entrance. Why would a Masjid have Toran ? 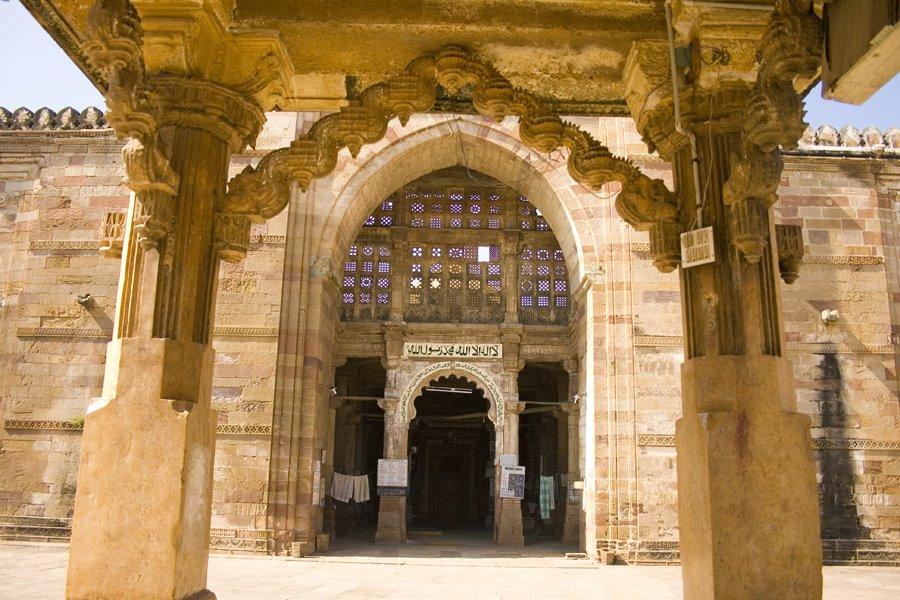 100 pillars support the roof of the main sanctuary gives evidence that this place was a Temple. 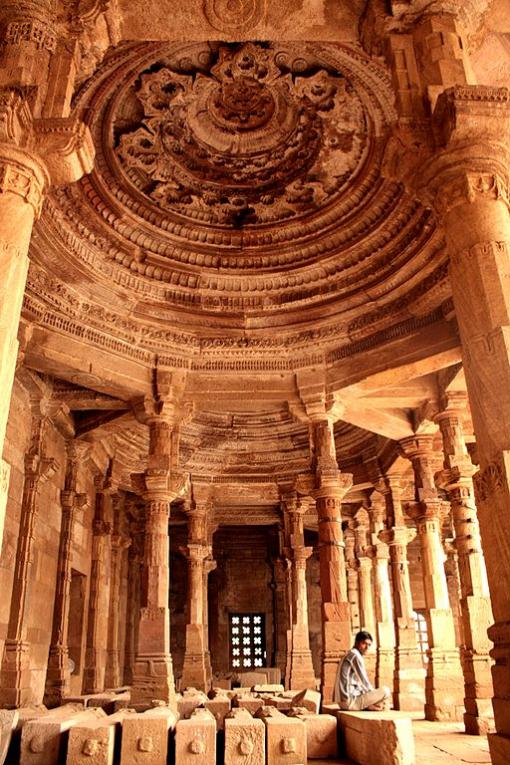 Entrance has a Mandap like structure, which is a pavilion. This also proves that Jami Masjid Khambhat was once upon a time, a Temple. 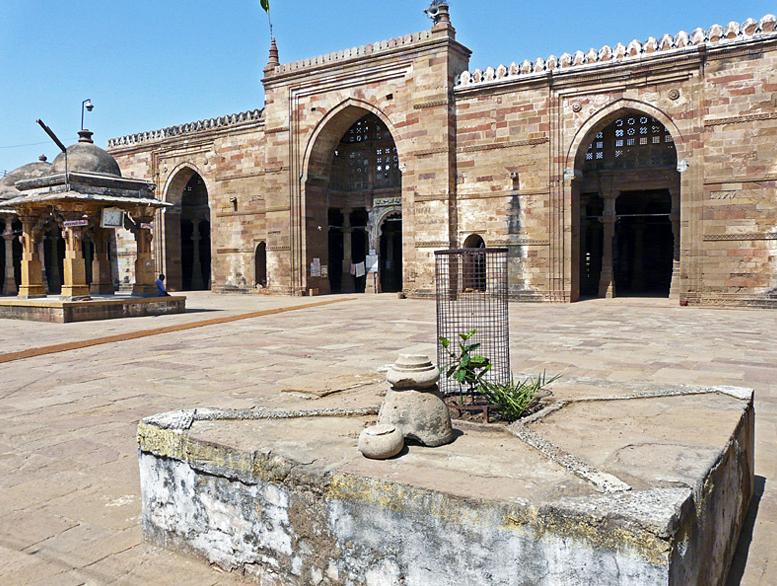 The staircase and Seat at Top is also a structure resembling courtyards of Hindu or Jain Kings and Queens.
Design around these steps also indicate pre-islamic era construction. 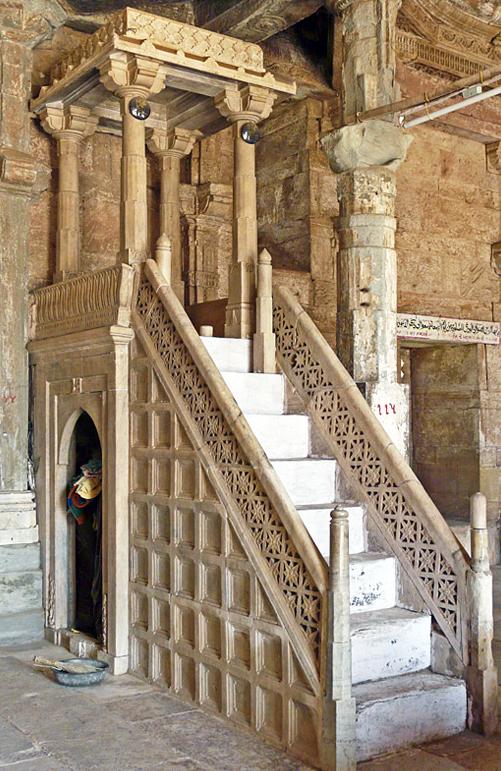 Carvings on Pillars and Walls also clearly indicate a Temple, which existed before Islamic Invasion on India. 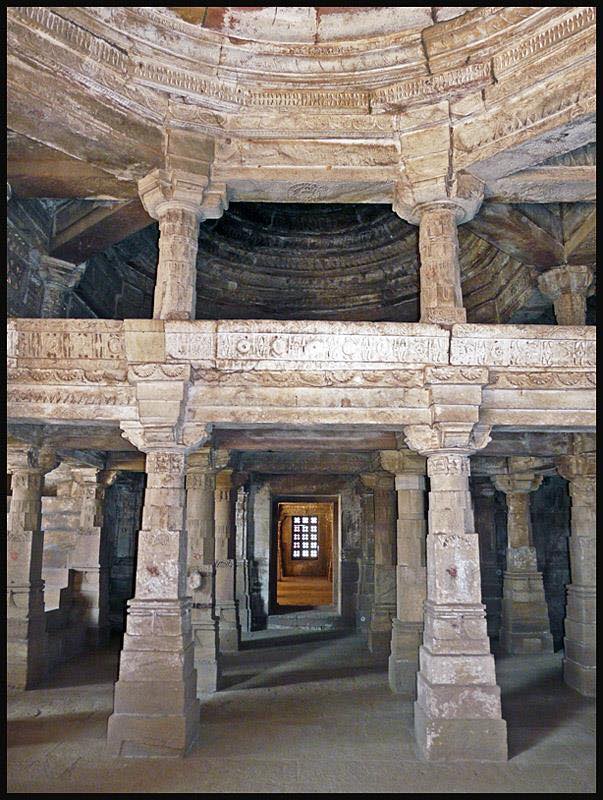 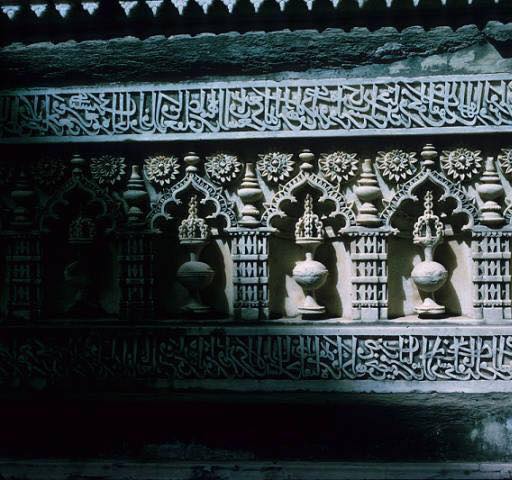 Flowers and Chakra designs on Letticed Windows also indicate that a Temple structure existed here, before it was converted to Mosque. This perforated, tiled screen (jaali) preserves the privacy of women in the women’s gallery. Multiple patterns indicate manipulations done on it.