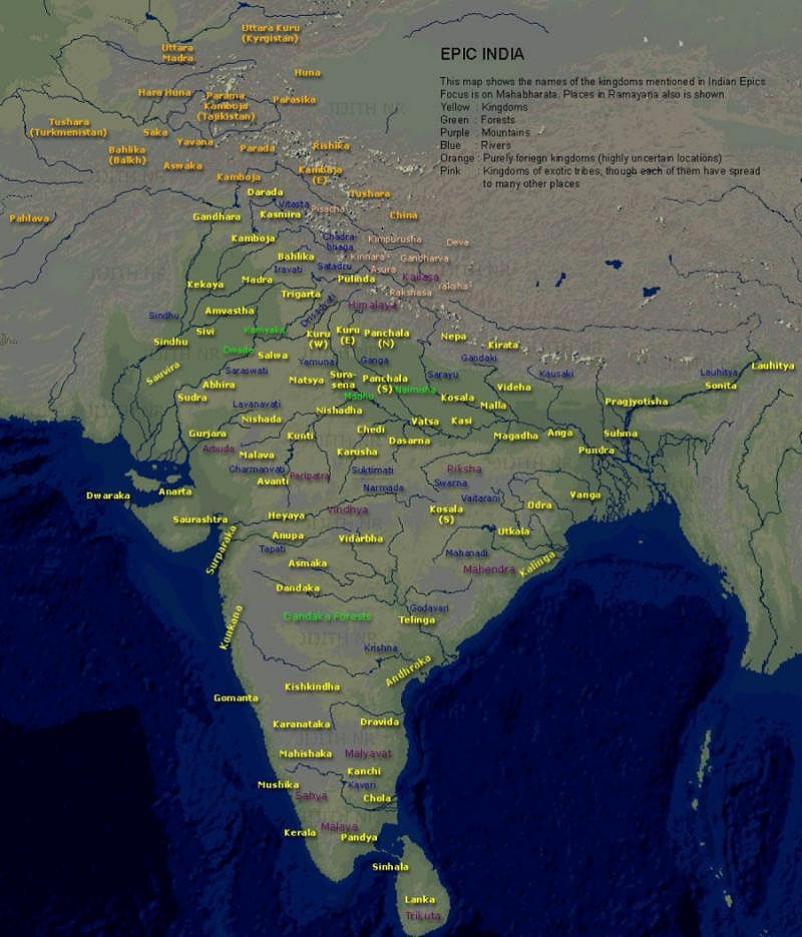 11. Bangladesh : Vanga, Pundra (ruled by Paundraka Vasudeva who disguised as Krishna and was ultimately killed by him)

14. Greece : Yavana Kingdom (Kalayavan died in a trick played by Krishna).
Ionia in greece was called as Yavana or Yona in Sanskrit.
Also Bactria Kings in Afghanistan had origin in Greece.

Few other neighbouring countries like Turkey, Syria may not be having independent kingdoms or recognition as seperate races or kingdoms.

At the time of Mahabharata, Vibhishana was ruling Sri Lanka.
When Yuddhisthira did Aswamedha Yaaga, his youngest brother Sahadeva was sent to south direction till Sri Lanka.
Sahadeva meet Vibhishana and was offered gifts and friendship. Vibhishana accepted Yudhistira as emperor.