Lord Ganapathi or Ganesha was depicted as Quenevadi God in engravings done during late 17th century by Europeans who visited Indian subcontinent. 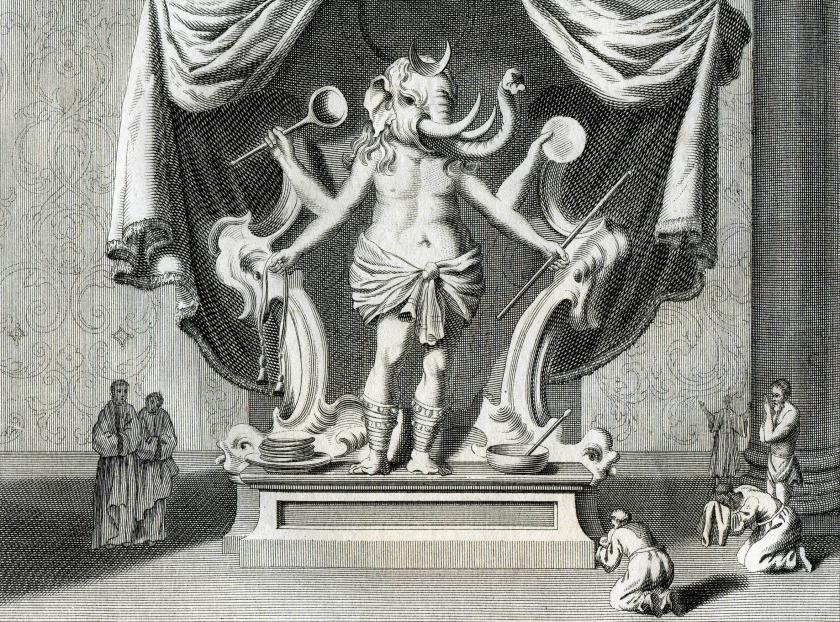 In the series published by Bernard Picart around 1672 CE, Ganesha, the god with elephant face is shown as Quenevadi, son of Ixora (Ishvara) or Siva.
Description is dutch says ‘Nauwkeurige beschrijving Malabar en Choromandel, derz. aangrenzend rijken, en het machtige eiland Ceylon‘, which means that it is accurate description of God Quenevadi, worshipped in Malabar and Coromandel, adjacent to rich and the powerful island of Ceylon (Sri Lanka).
This book was published in 1672 CE.
Ganapathi is shown s usual with Elephant head, but with 2 complete tusks (unlike one broken tusk as depicted in vedic religion by saying Eka dantaaya), a half moon on head (similar to Ixora), and unusual kitchenware in two of his hands.

The above depiction of Ganapathi in Malabar and Coromandel coastal regions could possibly be due to the fact that they are closer to Ceylon (Sri Lanka).
This is where, Ganesha is worshipped as a God who presides over Health and Wisdom. 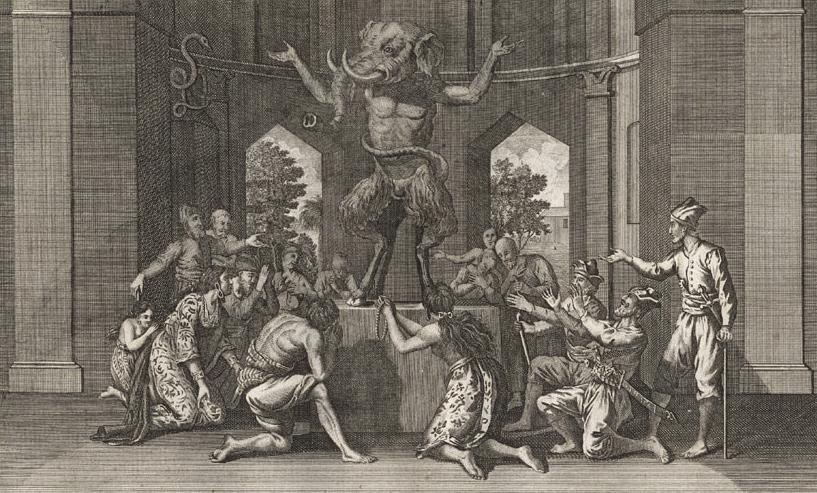 Above picture is Quenevadi, worshipped by the Chingulais (distorted word for Sinhalese, who are Sri Lankan natives and speak sinhalese language).
Here, Ganapathi looks similar but has nothing in his two hands.

It is a HOAX that Ganesha was worshipped by Romans in this form. Neither the worshippers are Romans (they are South Indians and Sinhalese), nor the language is roman (it is actually dutch, translated from french)