Civilizations of ancient China and India have a long history of interaction. The links between these two ancient civilizations were numerous and were sustained for thousands of years. The Chinese tell of a tradition in “Schuking” in which it is stated that the ancestors of the Chinese people came to China after crossing the high mountain ranges to the South. 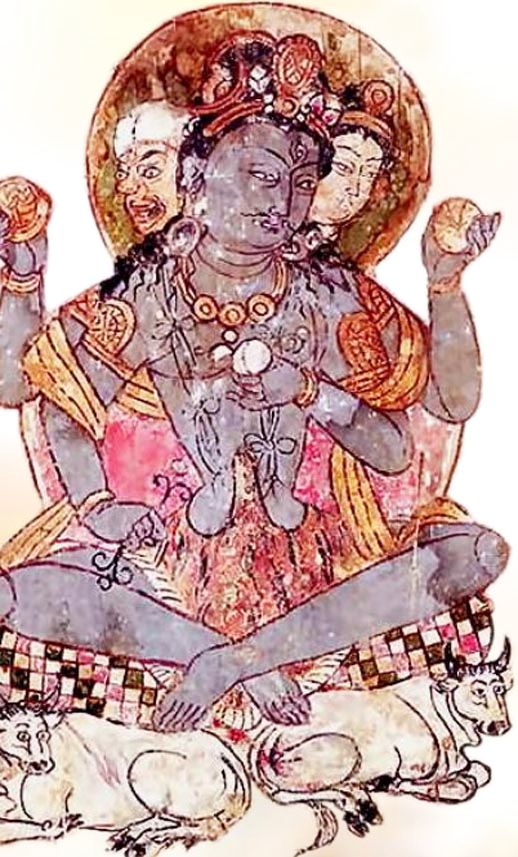 The original Chin race of India dwelling in Kashmir, and several parts of South India colonized Shensi, a province of Central China and subsequently subjugated all other petty kingdoms and thus became the emperors of perhaps the one of the largest empires of the world.
The name China and the Chinese were after the Chins of India and hence the scholars are unanimous about the Indian origin of the name of China.
The word/race of Chins as rulers of eastern and northern kingdoms is mentioned in Mahabharata too (composed around 3100 BCE).
Cinas of yellow color, are said to ‘look like a forest of Karnikaras”.
In the Arthashashtra of Chanakya, China is mentioned as well. It is theorized that the name China is based upon the name of the kingdom, Ch’in, which was established by Shih Huang Ti in year 221 BC.
However, the name China comes from an ancient Sanskrit name for “the regions to the East”.
The Chin Indians did not only name a great country but also created the Chinese nation.

Regardless of the origins of the Chinese, the evidence reveals that ancient Chinese culture was Vedic in nature.
The Vedic tradition has undoubtedly been best preserved in India yet the universality of Vedic culture is such that none can claim to be the sole inheritors or originators of the Vedic traditions.
These traditions are part of the basic fabric of nature and the universe and can be accessed by anyone anywhere at any time.

The same ‘eternal’ vedic tradition known as Santana Dharma is at the very core of Chinese civilization.
For example, Imperial Tang dynasty (618–907 AD) used the Hindu/Vedic calendar a long side with the Chinese calendar.
Amongst the Gods, the Lord of Death and the Underworld known in Vedas as Yama is called ‘Yanmo Wang’ within the Chinese tradition.

Emperor Xuanzong of the Tang (ruled 712–56) called upon the Indian monk Vajrabodhi (671–741) to perform ‘Tantric’ rites to avert a drought in the year 726 AD.
In the Fujiyan province, in the Xinmen area of Quanzhou, there are the remains of a Siva Temple.
It still has a Siva lingam over five meters tall.
An ancient stone that still stands today; it has been widely identified as a Siva Linga.
Chinese records reveal that it was cut in half in the year 1011 AD and then rebuilt in the 1400s.
Even as late as 1950, childless mothers would go to it to invoke the blessings of the deity for motherhood. 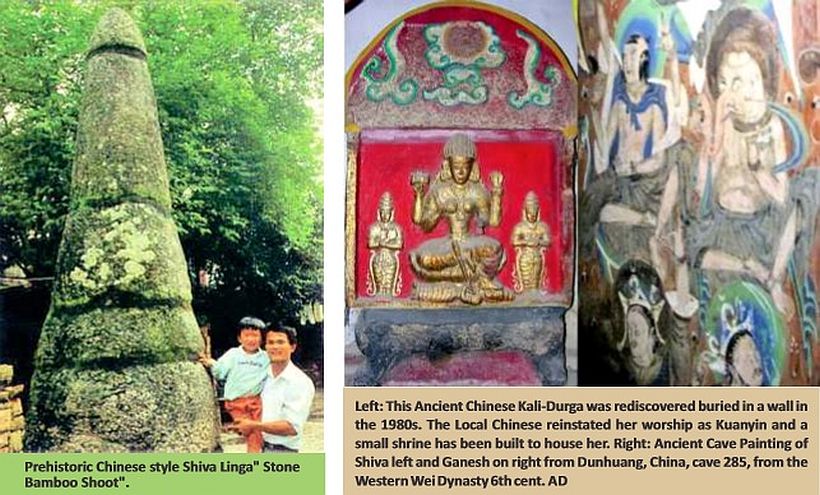 In Hsuan-wu, Lo-yang district there is a pillar with Sanskrit writings from top to bottom and right to left. Besides Buddhism, Saivism was also popular in Yunan as is manifest from the prevalence of the cult of Mahakala there.
This ancient Indian colony in the south of China was a strong link in the Sino-Indian cultural relationship.

Shiva Temple may have already been in existence, which is highly likely, and it is only the Deity of Lord Shiva that was new.
Shiva temple had originally been built in 685 AD during the Tang Dynasty but was rebuilt by the Tamil Hindu community in the city in the late 13th century who dedicated it to Lord Siva.
There is direct evidence of that there were indeed Hindu temples in China as early as the 6th century AD.
A Chinese source states that in 720 AD the Pallava King Narasimhavarman II constructed a temple (in Tamil Nadu, India) on account of the empire of China, and another text cites the existence of three Hindu temples in southern China where ‘Brahmans’ resided during the 8th century. 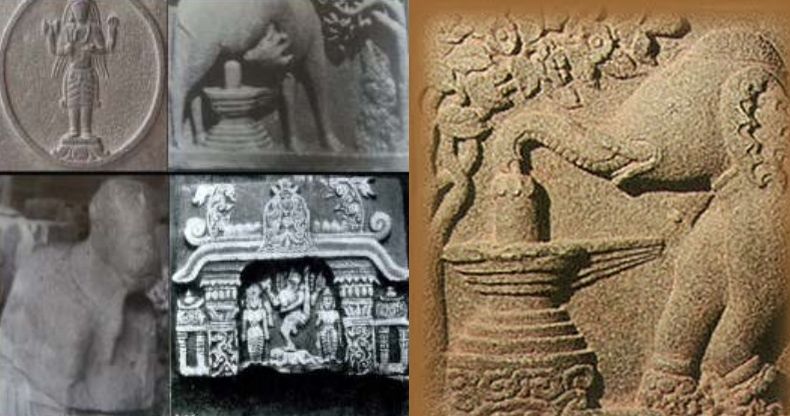 The temple in Quanzhou is now in ruins, but over 300 carvings are still within the city.
Many are currently on display in the Quanzhou museum, and some have become a part of Buddhist temple—Kaiyuan Temple.Behind its main hall “Mahavira Hall”, there are some columns decorated by some Hinduism carvings. The carvings are dispersed across five primary sites in Quanzhou and the neighboring areas.
They were made in the South Indian style, and share close similarities with 13th-century temples constructed in the Kaveri Delta region in Tamil Nadu.
Nearly all the carvings were carved with greenish-gray granite, which was widely available in the nearby hills and used in the region’s local architecture.
Poorly written/formatted tamil wordings on these carvings prove that those were done by a non-native tamilian in China. 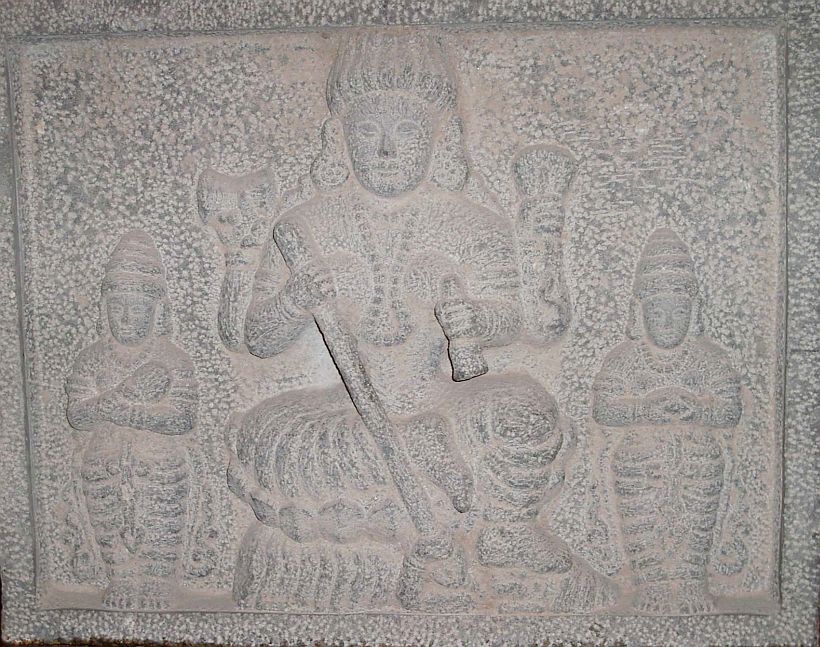