During last century, scientist Albert Einstein considered the possibility of using wormholes as potential roadways for time and space travel.
But, Ancient Indian epic poem ‘Ramayana‘ has described a scene where transportation into another world or timezone was done through a black cave, which acted as a worm hole. 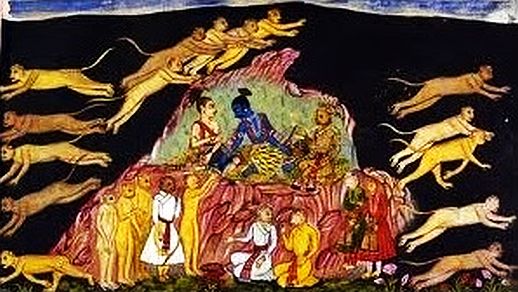 A wormhole, also known as an Einstein–Rosen bridge, is a hypothetical topological feature of spacetime that would be fundamentally a “shortcut” through spacetime.
A wormhole is much like a tunnel with two ends each in separate points in spacetime.

In Kishkinda Kanda (Sarga 50-52) of Ramayana, sage Valmiki describes a situation where Hanuman, Angada and other Vanaras overstayed at Mount Vindhya, beyond the deadline given by their king Sugreeva to find Seetha and return to their kingdom.
During their search there they have observed a wide-opened and impassable cavity known as Riksha cavity which is well guarded by a demon called Maya.
Thirst and hunger invading them they are fatigued and craving for water, and such as they are they beheld that capacious cavity which is enwrapped in climbers and trees. There they have seen the swans and the waterfowls like Kraunca, Saarasa, and even Cakravaka waterfowls exiting from the cavity with their bodies drenched in water and reddened with the dapples of lotuses’ pollen. When those best vanara-s have neared that fragrant and impermeable cavity they are disheartened with amazement.

Though a suspicion in general is evoked in them, as they presumed that cavity to be Naraka, The Hell of Yama, or Paataala, the Netherworld of Emperor Bali, those highly resplendent and great mighty fly-jumpers have neared it, rejoicing for the availability of water in there. That hideous cavity is dispersed with diverse beings, similar to the residence of the emperor of demons, namely Emperor Bali, in Paataala, the Netherworld, and it is unsightly and impermeable from anywhere. 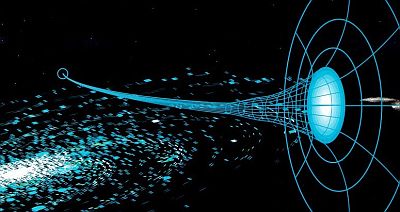 Hanuman, who is a mastermind in scrutinising every inscrutable forest, then spoke to all of the formidable Vanaras. “We all have searched the southern quarter including those places that are enmeshed with meshes of mountains, and we are overly fatigued, but Maithili (Seetha) is unnoticed.
Swans along with waterfowls like Saarasa, Kruanca, and water drenched Cakravaka birds are coming out of this cavity from all over, and even the trees available at its doorway are verdant. Certainly there must be a wellspring, or otherwise a pond with water.” Thus Hanuma spoke to all monkeys.

When Hanuma spoke to them thus as a kind of assurance, all those monkeys entered the cavity and found it as a sunless or moonless cavity, enfolded in hair-raising darkness. Those tigerly monkeys have also seen lions and various other animals and birds exiting therefrom, and entered that cavity which is enshrouded in obscurity.
Their eyesight, or their vigour, or their valorousness is rendered ineffectual, and their permeation is just like the directionless air as their eyesight is thwarted in gloominess.

Then they beheld there the lotus-lakes containing serene waters and stocky lotuses and burly fishes that are golden. There the monkeys beheld choicest mansions everywhere made out of gold and silver, some with golden and some with silver domes, while some with golden and some with silver multi-stories, but all are studded with lapis gems with golden windows covered with laceworks of pearls. They have also seen everywhere flowered and fruited trees that are similar in shine to red corals and rubies, and golden honeybees, as well as honeys.

They beheld everywhere diverse and capacious beds and seats that are amazingly crafted with gemstones and gold, and also stacks of utensils made of gold, silver and bell metal. They saw the stockpiles of heavenly aloe vera substances and sandalwood sticks and depurated eatables, tubers and fruits. They have also seen top-grade soft drinks, luscious honeys, heaps of finest quality clothing, exotic blankets and sheaves of deerskins. Vanara-s have also observed mounds of undefiled gold stockpiled here and there glowing with the glow of ritual fire.

When searching here and there in that cavity those valiant vanaras of high resplendence have perceived some lady rather not far from them. They saw a sainted lady there who is attired in deer-skin and who is on a controlled diet and who is like a luminiferous entity by her own luminescence of asceticism.
In wonderment the monkeys stood still all over, and in the matter of her identity Hanuma asked her, “Who are you? Whose cavity is this, either?
Then Hanuma whose shine is similar to that of a mountain making palm-fold and reverencing that aged lady asked, “Who are you? Whose is this cavity, or the mansion or these jewels? Please speak.”

The legend of Black Cave is informed to Hanuma and others by Swayamprabha, the sainted lady who safeguards the paradisaical creation of a demon named Maya. Maya crafted this cave as a heaven on earth, for which the infuriated Indra eliminated Maya.
Hema, an apsara, nymphal-virtuoso accords this fantastic creation to Swayamprabha, who offers hospitality to all the monkeys who entered that cave.

Vanaras deliverance from black hole is effectuated by Sainted Lady Swayamprabha.
On listening to Hanuman about the plight of monkeys by which they entered this cavity in searching for Seetha, Sainted Lady Swayamprabha becomes sympathetic and offers guestship.
When entreated by Hanuman for an exit from that incarceration, and as the time frame set by Sugreeva is lapsed in this very cavity, Swayamprabha asks Vanaras to cover their eyes and then uses her ascetic powers to transport the monkeys from that cave, which exit is otherwise impossible for any other intruder, in his aliveness.
After exiting from black cave, vanaras find themselves lose to an ocean located south of the Vindyas. 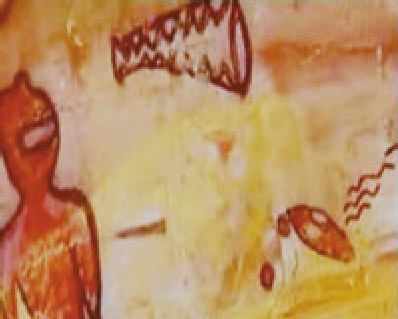 Where is this Black Cave of Ramayana ?

A group of anthropologists, lead by archaeologist Mohammed Wasim Khan of the Archeological Environment Research and Tribal Welfare Society, working with hill tribes in Hoshangabad, earlier known as Narmadapura in Madhya Pradesh made a startling discovery.
They found caves hidden in a deep jungle in Raisin. In one such caves was found an amazing ancient painting which shows a person in a catsuit, a UFO like flying object, and a cylindrical spring like shape (wormhole path ?).
Does this painting depict the scene from Ramayana which includes Swayamprabha in a cat suit (deer-skin), flying vehicles and a wormhole ?

Infact, the concept of Blackhole (Viswaruchi) and similar scientific terms are described in Mundakopanishad too.

In Yuddha Kanda of Ramayana, Hanuman travels to Paatala(Brazil) to find kidnapped Ram and Lakshman and he travels through a tunnel which transports him in quick time.