Einstein Mass Energy Equivalence (E = mc2) was first expressed in his paper Annus Mirabilis during 1905.
In physics, mass–energy equivalence is the concept that the mass of an object or system is a measure of its energy content. 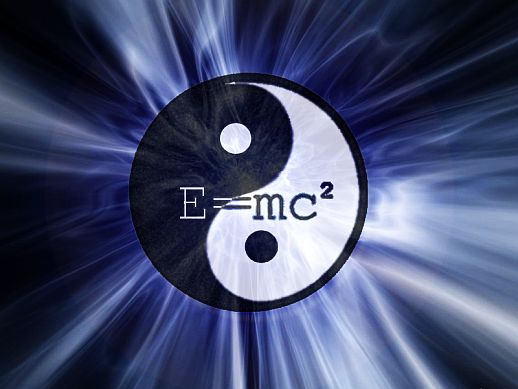 A physical system has a property called energy and a corresponding property called mass; the two properties are equivalent in that they are always both present in the same (i.e. constant) proportion to one another.

The equivalence of energy E and mass m is reliant on the speed of light c and is described by the famous equation: E = mc2

Thus, this mass–energy relation states that the universal proportionality factor between equivalent amounts of energy and mass is equal to the speed of light squared. This also serves to convert units of mass to units of energy, no matter what system of measurement units is used.

This proves that soul is nothing but energy.

Translation : The soul can never be cut into pieces by any weapon, nor can he be burned by fire, nor moistened by water, nor withered by the wind.
It just leaves old body and finds new body.