Ancient ruins of Antarctica hidden city discovered by Atlantis TV production crew, who went missing since november 2002.
USA government tried to block the airing of a video found by Navy rescuers in Antarctica that purportedly reveals that a massive archaeological dig is underway two miles (3,200 meters) beneath the ice. 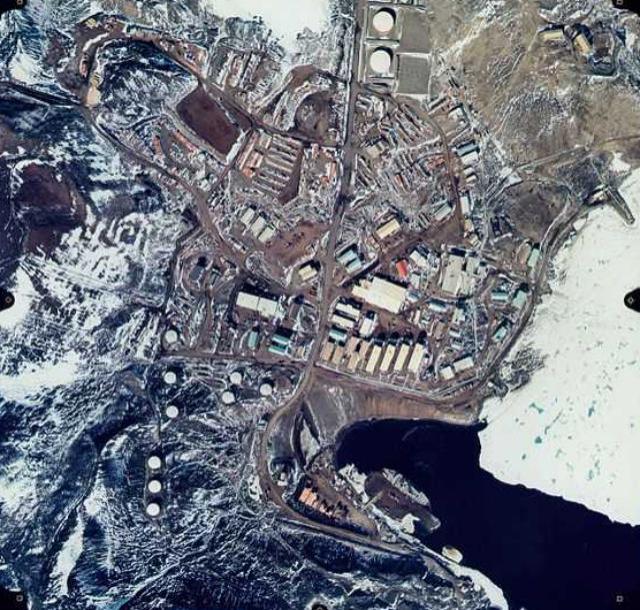 USA government has no jurisdiction in that continent and the Atlantis TV company is trying to get back the original video.
Now, scientists claim that Antarctica was much warmer 12000 years ago and humans inhabited it.
Recently they discovered three man made huge pyramid like structures in antarctica, which seem to be older than their egyptian counterparts.

Two were found about sixteen kilometers inland and the third one was nearer to the coastline. Many scientists have said they resemble Egyptian pyramids.
This is a huge discovery and somewhat controversial, but it is being kept quiet in the media because of the implications in openly putting it out for debate. If pyramids exist in the Antarctica, this would indicate that they were built before written history.

These curious structures have peaked the interest of ufologists and researchers. Many theories have popped up in the hopes to explain what the Antarctica structures are.
Some believe these structures could be alien built on a hush-hush military base that has access to ancient civilizations (with breakthrough technology). Others believe they are just naturally forming and nothing else.

There have been some other discoveries over the years in Antarctica, including pollen particles found by climate scientists in 2009, leading to the idea that palm trees could have once grown there and summer could have reached a temperature of 21° C.
In 2012, scientists discovered over thirty bacteria species found in samples of the water taken from Lake Vida (East Antarctica).

Antarctica was discovered first by modern civilization in 1820. At the time, the entire continent was already covered with ice.
Yet, thousands of years old maps prove an ancient unknown civilization did visit an ice-free Antarctica much earlier. Cartographers have long been baffled by the astounding map of Admiral Piri Reis.
It was made at Constantinople in 1513 A.D. and discovered in 1929.
The map shows what Antarctica looks like without ice, a condition which hasn’t occurred for thousands of years!

Piri Reis cannot be credited for the original cartography of this map. He could not have obtained the necessary information from contemporary explorers because in his time, no-one knew about the existence of Antarctica.
Piri Reis’ map was a compilation of various considerably older maps.

The idea that an ice-free Antarctica was inhabited by an unknown advanced civilization only 6,000 years ago has fascinated many people; one of them was Adolf Hitler.
Hitler and the Nazis strongly suspected that Antarctica was once home to a lost Atlantean civilization.
In 1938, Hitler launched an expensive expedition to the South Pole. At the same time, Germany was also busy with all the military preparations
for launching WWII, and it is astounding that Hitler would find it necessary to explore and lay claim to a cold, frozen continent half around the world with no apparent military significance.
What were Hitler’s motives? Why was Antarctica so important to him?
According to the somewhat controversial Omega File: “Beginning in 1938, the Nazis commenced to send numerous exploratory missions to the Queen Maud region of Antarctica”.

A steady stream of expeditions were reportedly sent out from (at the time) white supremacist South Africa.
Over 230,000 square miles of the frozen continent were mapped from the air, and the Germans discovered vast regions that were surprisingly free of ice, as well as warm water lakes and cave inlets.
One vast ice cave within the glacier was reportedly found to extend 30 miles to a large hot-water geothermal lake deep below.

Various scientific teams were moved in to the area, including hunters, trappers, collectors, and zoologists, botanists, agriculturists, plant specialists, mycologists, parasitologists, marine biologists, ornithologists, and many others.
As soon as the Nazis reached Antarctica, they dropped hundreds of swastika-adorned flags all over Queen Maud Land to establish their claim over the area.
Queen Maud Land is part of what used to be called Neuschwabenland (New Swabia Land).

The only reference in ancient literature to a icy continent at south pole of earth, was in Uttara Ramayana, where Ravana flys this continent.