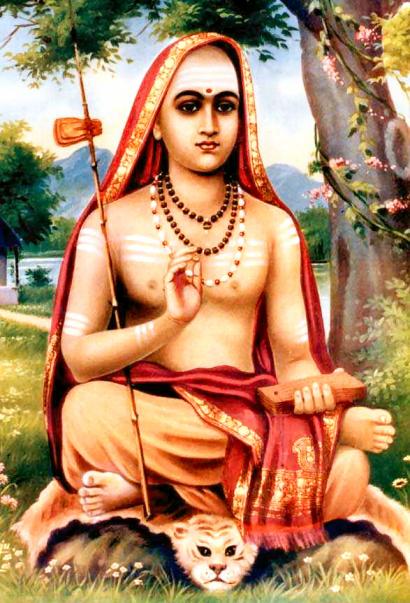 Adi Shankaracharya birth date is 9 April 509 BCE. History and migration of Nambuthiri Brahmins to Kerala, appointment of first priest at Ayyappa temple in Sabarimala by Sage Agastya.
Indian historians have followed their western counterparts and recorded their history incorrectly !
Even the government of India is following wrong year for Adi Shankaracharya birth year as 788 CE.
Brihat Sankara Vijaya, a book by Chitsukhacharya is the most famous and authoritative one which recorded the exploits of Adi Sankaracharya.
Chitsukhacharya was associated with Sankara from the age of 5, in his studies at school and when he (Sankara) became a Sanyasi (monk) and then recieved initiation through him.
He always kept his company thereafter throughout his wenderings and exploits all over the country, survived Sankara for several years and composed his great work ‘Brihat-Sankara—Vijaya’ to immortalise the achivements of his friend and preceptor.

According to that biography, the year of 509 BCE tallies with the date assigned to the birth of Sri Adi Sankaracharya in the lists of the Acharyas of the various religious establishments known as Sankara Pithas established by him at Dwarka, Kanchi, Puri etc.
These lists of the heads of the religious establishments are complete and continuous from the time of the founder Sri Adi Sankara to the present day.
These lists are therefore traditional documents of unquestioned authenticity and authority.
The date of the birth of Sri Sankara according to these authorities is given by this verse :

Anala=3. Sevadhi = 9, Bana = 5, Netra= 2, which comes to 2593rd year of Kali, which means or 509 BCE (3102 – 2593=509 BCE)
On Thursdday, Vaisakha Sukla Panchami in the constellation Arudra and Lagna of Dhanus in the year Nandana, a son was born to Sivaguru in Kaladi and he was named ‘Sankara’ by his father in 2593 year of Kali Yuga.
Which dates back to Adi Sankaracharya birth date being 9th April 509 BCE.
Sivaguru was a Namboothiri or Nambudiri brahmin.
These Nambudiris were brought by Parasurama from a village, Namburu, in Guntur district of Andhra Pradesh to practice vedic rituals.
Before that, local people in Kerala lived close to nature but without vedic culture.
Brahmins in namburu during those days were well versed in vedas and rituals. So, when Parasurama pulled land from locals with power of his axe, he brought these priests along with him to settle and promote vedic culture. (Refer : Sri Pada Sri Vallabha Charita)
The same book mentions that Sage Agastya took Parabrahma Sastry from Ryali village in East Godavari district of Andhra Pradesh and appointment him as chief priest in Ayyappa temple at Sabarimala, when Dharmasasta reincarnated as Ayyappa.

Referring to the extraordinary meeting of Sankara with Kumarila Bhatta (the great expounder of the Karma Kanda of the Vedas) on his funeral pyre, the Jina Vijaya declares :
“There-upon when 15 years had elapsed from his birth, (in 2608 Kali or 494 BCE) Sankara met Bhattacharya (Kumarila Bhatta) for the first and last time.”

Referring to the date of Sankaracharya’s Niryana, the Jina Vijaya states :

Rishi = 7. Bana = 5, Bhumi = 1 and Martyakshau = 2, in the reverse order and reckon the total number of years in the Yudhishtira Saka (of the Jains), we arrive at the year Tamraksha (Raktakshi) as the year of Sankara’s death.
Hence Sankara’s Niryana works out to 2157 + 468 = 2625 Kali or 3102 – 2625 = 477 BCE; (or 2634 BCE – 2157 = 477 BCE).
Note : The Jains and Buddhists use a Yudhishtira era which commences 468 years after Kali i.e in (3102 BCE – 468 = 2634 BCE).
The Jinavijaya is a composition by a Jaina. It contains among other things a brief account of the life of Kumarila Bhatta whom the Jains (who condemn the Vedic rituals) held as their bitterest opponent. Therein we find a reference to the meeting of Sankara with Kumarila just before the death of the latter.
There could be no partiality in the writer in favour of his opponents.

History of Sankaracharya in Nepal

In the Suryavamsi dynasty of Nepal the 18th king was Vrishadeva Varma.
He reigned from 2554 Kali to 2615 Kali, which is from 547 BCE to 486 BCE.
It is stated in the Nepalaraja Vamsavali that “Adi Sankaracharya came from the South and destroyed the Buddha faith during Kali 2614 or 487 BCE.

Temple of Sankaracharya in Kashmir

Gopaditya the 70th king in the list of Kashmir kings (417-357 BCE) founded Agraharas and built the temples of Jyestheswara and Sankaracharya.
“Sankaraoharya” – This shrine is situated in the city of Srinagar.
This is an ancient temple crowning the Takht-i-Sulaiman hill and standing 1000 ft. above the valley.
The temple and the hill on which it stands take their name from Sankaracharya, the great South Indian Teacher of Monism who came to Kashmir from Travancore. This temple was built by king Gopaditya.
It was repaired later by the liberal minded Muslim king Zainul Abdin.“.
Therefore it is evident that Sri Adi Sankaracharya lived before Gopaditya’s time i.e Between 509-477 BCE.

It is clear from the above evidence that Sri Adi Shankaracharya birth year is 509 BCE, and year of death is 477 BCE.
He lived for only 32 years.