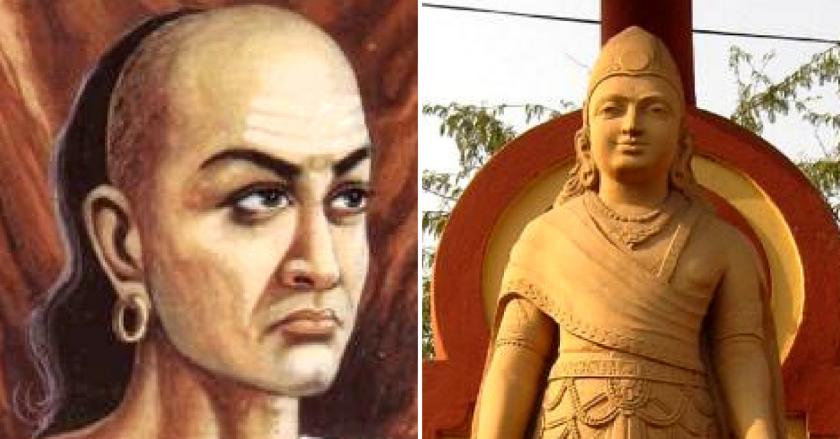 This article is continuation in Series of List of Magadha Kings since 4159 BCE.
Chanakya wanted to replace Mahapadma Nanda (1634-1546 BCE) and found a suitable heir in the form of Chandragupta.
He plotted the death of Nanda and later his 8 sons who ruled each for an year (1546-1534 BCE).
Chandragupta was born to Nanda’s secret wife Mura and was raised secretly. That is why he chose to be named Chandra-Gupta(Gupta=secret) and picked his mother’s name as Maurya and started his own dynasty.
His Maurya Dynasty ruled Magadha with Girivrajapura as capital for 316 years and ended in 1218 BCE with their 12th king Brihadratha or Brihadaswa, who was assasinated by his commander-in-chief, Pushyamitra.
Famous Emperor Asoka (ruled between 1472-1436 BCE) belonged to Maurya dynasty and was grandson of Chandragupta Maruya. He spread Buddhism to South India, till Sri Lanka.

Following is the list of Magadha Kings starting from Maurya Dynasty : 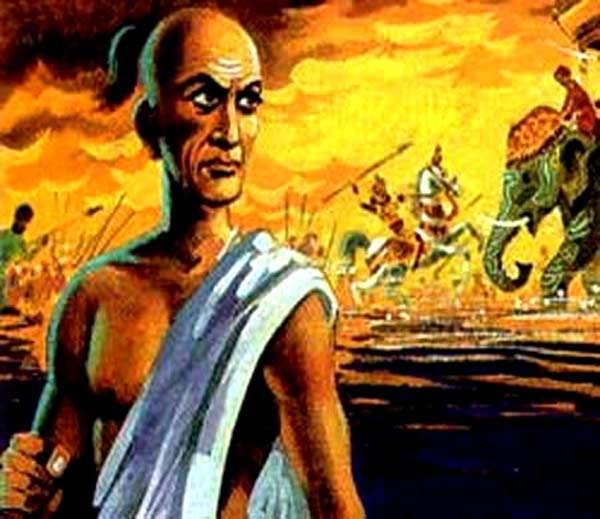 This list is given in Kaliyugaraja Vrittanta, Part-3, Chater-2 (a subsidiary of Bhavishya Purana).
Various Hindu, Jain and Buddhistic accounts contained in the Puranas, Kaliyugaraja vrittanta, Brihatkatha etc., and Mahavamsa, Dipavamsa, Asokavadana, Parisistaparva etc., clearly state that this Chandragupta Maurya, the son of Mahapadma or Dhana Nanda by his wife ‘Mura‘, came to the throne after his father in the year 1604 of the Yudhistira Saka, corresponding to 1534 BCE, which is not the date of the invasion of India by Alexander the Great. That event was placed by all Greek historians in 328-327 BCE and during 1534 BCE, greek empire did not even exist.
Few movies were even made showing that Chanakya wanted to bring entire India under one Magadha rule, to block invasion of Alexander, which is wrong !
This Chanakya was one of the earliest persons recorded, to have performed Caesarean or a C-section surgery on a pregnant women.
Chanakya used to add small amounts of poison to Chandragupta Maurya’s daily meal to make him immune of poisoning in future. The King’s wife becomes curious about why she is never allowed to dine with her husband.
She secretly tastes his food and gets infected by poison. At that time, she was 8 months pregnant. To save the future heir of Magadha kingdom and Maurya Dynasty, Chanakya performs surgery on her womb and pulls out the child. But one drop (Bindu in sanskrit) of poison reaches the embryo by that time.
Yet he survives but mother dies. As he survived one drop (bindu) of poison, he was named Bindusara by Chanakya.
Chandragupts retires and dies of depression following his wife’s death. Bindusara gets fed with wrong information by Chanakya’s enemies, who wanted to remove him from ministry, that he killed his mother by slitting her womb.
Chanakya retires from ministry and concentrates of writing his books like ‘Arthasastra‘.

In his old age, he pretends to have converted to Buddhism and
convinces his enemies that this is best religion which does not need any hardwork and one can live by begging alms.
His enemies get convinced and convert to Buddhism and gets removed from ministry as they turned monks. Chanakya was dead by that time, but he exacts revenge even after death. 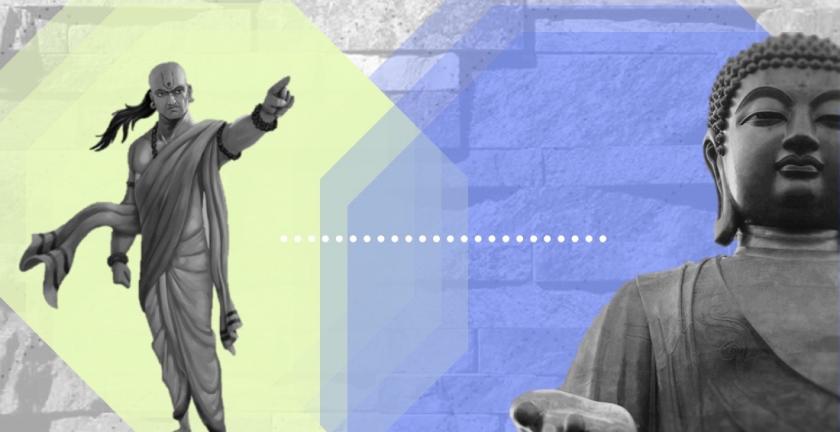 Pushyamitra, the commander-in-chief of last Mauryan king Brihadaswa, murdered him and took over the throne.
He started Sunga Dynasty, which ruled Magadha for 300 further years (1218-918 BCE).

Devabhuti, the last king of the Sunga dynasty, having been addicted to a life of pleasure and sexual enjoyment from his teenage, ruled only for 10 years.
He entrusted the kingdom to the care of his Brahmin minister Vasudeva, and used to visit Vidisa, noted in those days for its dancing girls.
He seduced Vasudeva’s beautiful daughter in disguise of her husband and gets him killed.
Upon knowing this, Vasudeva plots revenge.
He sends king to another dancer, poisons his drink and gets him killed by her.
People of Magadha celebrated king’s death and Vasudeva Kanva took over as next ruler and started his Kanva Dynasty, which is the 7th dynasty to rule Magadha.
Kanva Dynasty ruled for only 4 generation (85 years).

Vasudeva, the first ruler of the Kanva Dynasty was a descendant of Kanvayana Brahmin family. He ruled Magadha with justice.
Last king of their dynasty, Susarma was killed by his general and minister by name Sindhuka or Srimukha (an Andhra Brahmin) who ascended to the throne of Magadha in 833 BCE