Holi Festival Significance in Puranas, usage of natural gulaal color from Palaash flowers, advantage of spraying water producing negative ions good for skin and mental health.
Holi (होली or Holī) is a colorful festival celebrated just before the commencement of spring season in India and Nepal.
It is celebrated over two days, where first day is full moon day of Falgun month (usually in march) and is known as Holika Dahan or Chhoti Holi, while the second day is known as Rangwali Holi.

Holi celebrations start on the night before Holi with a Holika bonfire where people gather, sing, dance and party. The next morning is celebrated as Rangwali Holi, a carnival of colours, where participants play, chase and colour each other with dry powder and coloured water.

First mention of Holi is made in history of Hiranyakasyap and his son Prahlad.
The mighty king Hiranyakasyap did not like his son worshipping Lord Vishnu and asked his sister, Holika to enter a blazing fire with Prahlad in her lap, as she had a boon to enter fire unscathed.
Prahlad was saved for his extreme devotion for the lord while Holika paid a price for her sinister desire. The tradition of burning Holika or the ‘Holika dahan‘ comes mainly from here.

The Myth of Radha and Krishna 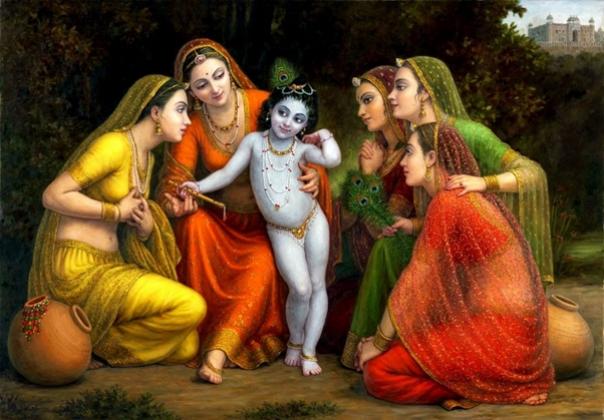 There were multiple attempts made to create a character named Radha Rani and project her love towards Sri Krishna as incest relationship !
Bhagavata Purana or Srimadbhagavatam has no character named Radha, but is alluded to within the tenth chapter of the text as one of the gopis who Krishna plays with during his upbringing as a young boy.
There were many gopis, but it is mentioned that by service of one particular gopi, Krishna is more pleased, and she is Vrishabhanuja.
Her devotion was mentioned as anaaradhyatE aaradhyatE, which means her worship methods were not like regular and routine ways.
From this word aradhyate, Radha was derived by later generations.
Fact is that Krishna killed Kansa when he was a young boy (11 years 6 months)
Before that he lived in Vrindavan and how can a kid have incest relation ?
The acts and plans of God are meant to be Gopaneeya (secrets, not to be disclosed to everyone) and whoever keeps or understand this secret are Gopis and Gopikas (who came down to earth along with Vishnu to serve him during his incarnation as Krishna).

Holi is also the celebration of death of Ogress Pootana who tried to kill infant, Krishna by feeding poisonous milk to it.

Legend of Manmadha (Kaama Deva or Cupid) and Lord Siva 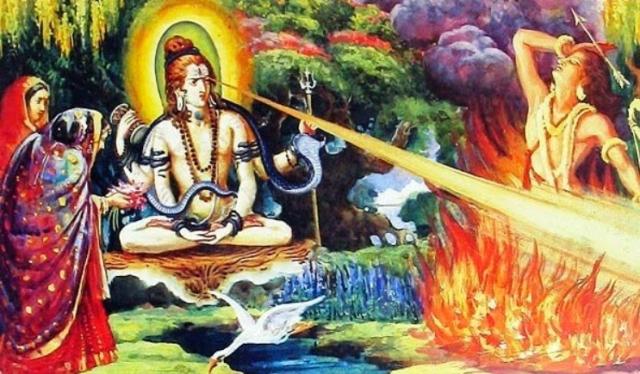 Holi is also celebrated in southern states of India as the day on which Kaamadeva, risked his life to revoke Lord Siva from meditation to save the world.
Indra and the gods are suffering at the hands of the demon Tarakasur, who cannot be defeated except by Siva’s son. Brahma who advises that Parvati marries Siva and their offspring will be able to defeat Taraka.
Indra assigns Kaama deva to break Siva’s meditation. To create a congenial atmosphere, Kaamadeva (Madana) creates an untimely spring (akAl vasanta). He evades Siva’s guard, Nandi, by taking the form of the fragrant southern breeze, and enters Siva’s abode.
After he awakens Siva with a flower arrow, Siva, furious, opens his third eye, which incinerates Madana instantaneously and he is turned into ash.
However Siva observes Parvati and asks her how he can help her. She enjoins him to resuscitate Madana, and Siva agrees to let Madana live but in a disembodied form, hence Kamadeva is also called ‘Ananga‘ (an- = without; anga = body, “bodiless”), or ‘Atanu’ (a- = without; tan = body).
The spirit of love embodied by Kama is now disseminated across the cosmos: it affects hiva whose union with Parvati is consummated. Their son Kartikeya goes on to defeat Taraka.
Later Kaama Deva is reincarnated in the womb of Krishna’s wife Rukmini as Pradyumna (not the Pradyumna among 24 Kesava Nama).

The original colors of Holi, called ‘gulaal‘, in the medieval times were made at home, from the flowers of the ‘tesu‘ or ‘palash‘ tree, also called as ‘flame of the forest‘ or ‘Butea Monosperma‘.
They are used to cure diabetes, eye related diseases like cataract, Anaemia in kids, kidney stones, urinary blockages and pain in bladder.
These flowers are dried in sunlight and powdered.
When this powder is mixed with water, saffron-red dye is made.
This pigment and also ‘aabir‘, made from natural colored talc, which were extensively used as Holi colors, are good for the skin.

This Gulaal, when used dry or with water penetrates into skin and cures many diseases.
The water which is infused with quantum healing herbs become negative ions when atomized through a spray nozzle. 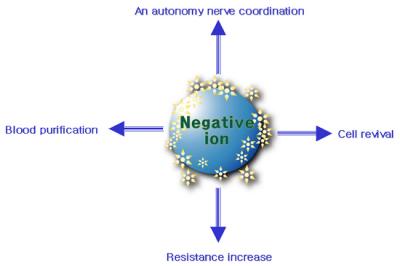 Negative ion is an oxygen atom with an extra electron.
All viruses have a positive dipole charge. Negative ions attach itself to it and enlarges the virus. Viruses are so tiny that our lungs cant pull them out, unless they are enlarged.

Negative ions create an alkaline environment. Cancer cells survive only in an acidic environment, which is an oxygen impoverished environment. When positive ions permeate into your skin, your sweat pores contract.
Negative ions cause the pores to expand and increase metabolism.

All Vedic rishis sat near clear fast flowing brooks and waterfalls, to improve their concentration. Inhaling negative ions regulates the production of Serotonin in your brain. Negative ionizers help you to sleep better.

Though men be endowed with beauty and youth and born in noble families, yet without education they are like the PALASA flower which is void of sweet fragrance – Chanakya (1600 BCE)

They accelerate the oxidative degradation of Serotonin. Positive ions on the other hand sabotage the enzymes which breakdown serotonin.
Increased Serotonin causes increased sensitivity to pain and hence heightened aggression , hence higher BP, and bronchiospasm (asthma ), and reduction of pH.
Overproduction of Serotonin in the brain, causes blood vessels leading to the brain to dilate , stretching pain receptors which causes migraines.
Negative ions promote alpha waves in your brain.
Do NOT use vaporizers or moisturizers with negative ion generators-as that will create positive ions.

Quantum action of an adaptogen like fresh Tulasi juice and healant fresh Turmeric juice or Golden Milk which has been used since ages by the Indians.
The coloured water sprayed was anti-oxidant which boosts the body’s ability to fight off damaging free radicals. It had herbs which had antibacterial, insecticidal properties, anti inflammatory, anti cancer, antiviral, anti allergic, anti mutagenic and antimicrobial properties.

Holi festival is a great leveller, where a common man can enjoy without bothering about social status etc.