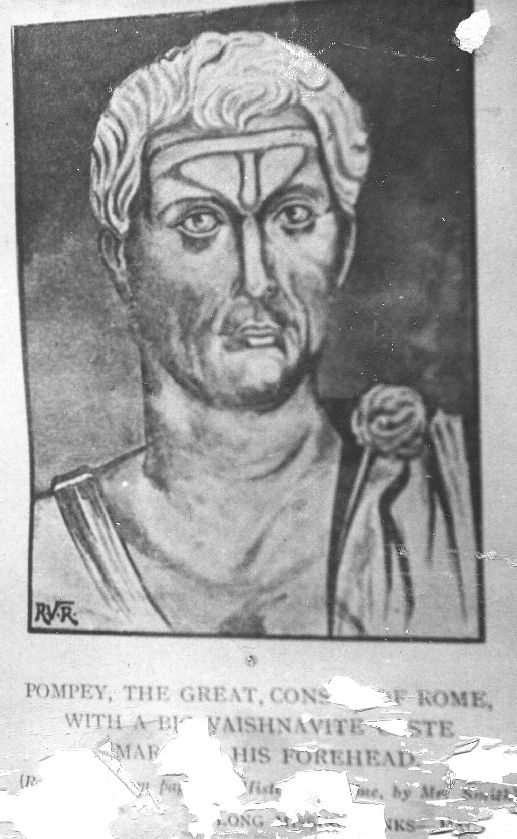 Ancient Europe had Vedic influences and several photographic evidences were found, which indicate Hinduism, especially Vaishnavism being followed by rulers and society of Italy and Greece.
Painting of Pompey the Great (Gnaeus Pompeius Magnus (official nomenclature CN·POMPEIVS·CN·F·SEX·N·MAGNVS; 29 September 106 BC – 28 September 48 BC) was found with Vaishnav caste mark on his forehead (V shaped tilak) indicating that in ancient times Romans practiced what is in present day called as hinduism.

Roman emperors also sported the title ‘Dev‘ as the termination of their names in the Hindu royal style.

Three Hindu gods worshipped around Russia. The one at the left is (in below pic) known as Ayu Devata (God of life) is still invoked in Siberia if some near and dear one falls seriously ill.

Other two are just samples of the many gods and goddesses sold in the bazar of Ulan Bator, the capital of Mongolia. These indicate how Hinduism prevailed in the ancient world.
Even the Slav people (Slavs are the people who live in Eastern and Central Europe, the Balkans, Central Asia and North Asia.
They include: Russians, Poles, Czechs, Serbs, Ukrainians, Belarusians, Bulgarians, Slovaks, Slovenes and Croats) in Europe worshipped Hindu deities. 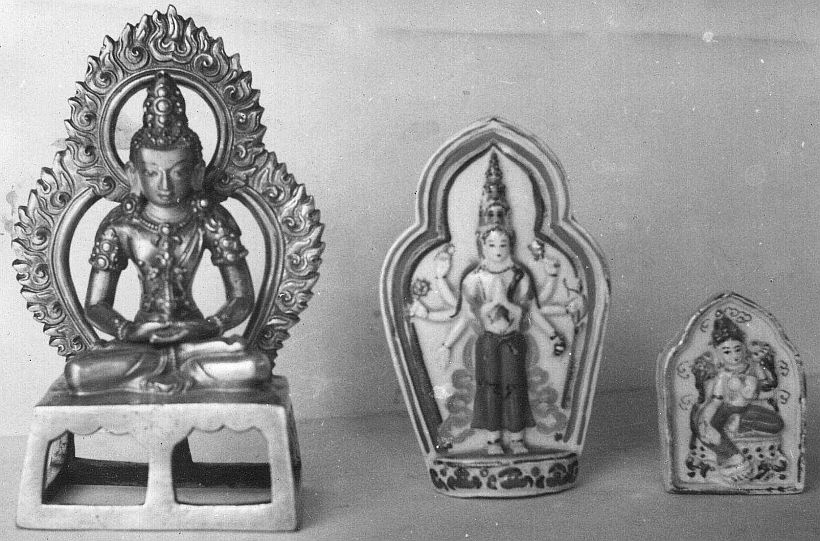 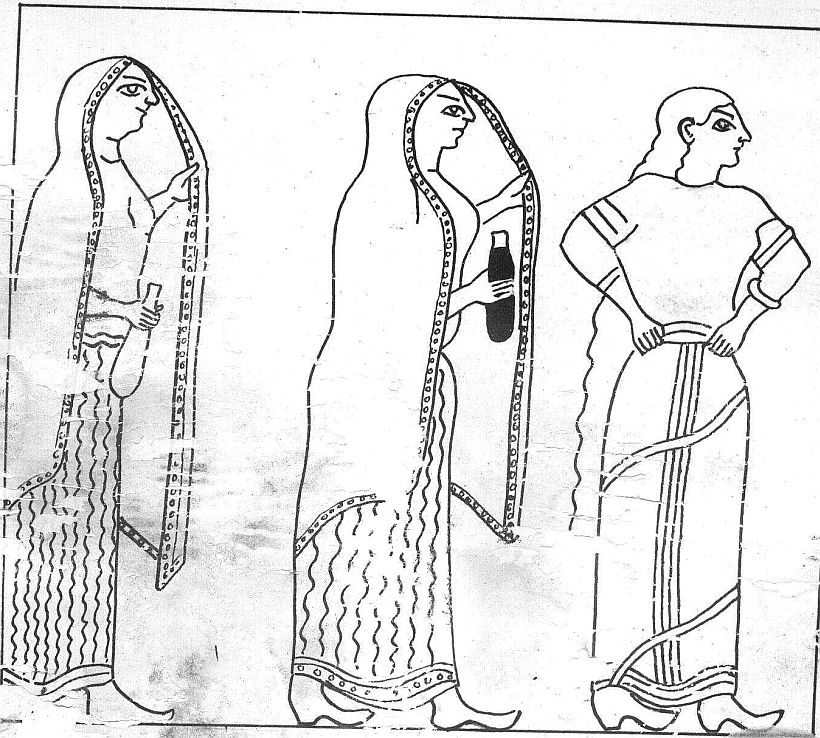 Above two paintings found in Italy during archaeological excavations depict scenes from Ramayana, where Rama, Seetha and Lakshmana are leaving for forest (painting 1), Vaali and Sugreeva, two monkey chiefs disputing over a woman Tara whom both claim as wife (painting 2).

An ancient painting found in Italian home showing Lav and Kusa driving away a captured royal sacrificial horse (Aswamedha Yaga) belonging to their father Rama (painting 1).
This is ascribed to brothers Remus and Ramulus, which are latter-day variations of the Hindu name Rama.
2nd Painting is a mosaic captioned “A Pastoral Scene” from the 2nd century AD and is on display at the museum in Corinth, 60 Km. from Athens (Greece). Obviously this is Lord Krishna the incarnation of Lord Vishnu in his boyhood.
The bare body, horizontal flute, cross-legged stance, standing under a tree with a few cows grazing around is exactly how Krishna is depicted in Hindu pictures.

This painting is of a Roman superior, who is seen wearing the Hindu dhoti, chappals (sandals) and Hindu (Vaishnav) tilak marks on his neck and forehead, reminding one of the times when Europe practiced Vedic dharma and Hinduism.

Infact, Homeopathy, which was found in europe during 18th century by Samuel Hahnemann was believed to be based on what Hippocrates wrote around 2000 years ago.
But had its roots are in Bhagavata Purana (written in 3100 BCE, around 5000 years ago).

All these are is proofs that in ancient Hindu Europe, Krishna and Rama as much as the Siva Linga were worshipped as they are still worshipped by the Hindus in Hindusthan (present India), but real history has been wiped out in later years.