Vedic tradition described specific status of women in family and society.
In all four Vedas, women are regarded in a way that allows them to live in honor for their importance in society with respect and protection, and given the opportunity to reach their real potential in life. 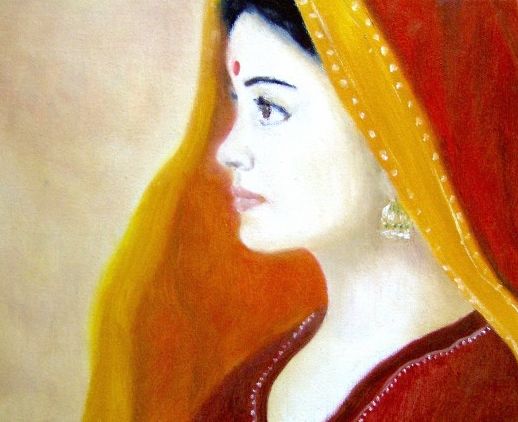 There is a Vedic saying, “Where women are worshiped, there the gods dwell. Or where the women are happy, there will be prosperity.”

“Women must be honored and adorned by their fathers, brothers, husbands, and brothers‑in‑law, who desire their own welfare. Where women are honored, there the gods are pleased; but where they are not honored, no sacred rite yields rewards. Where the female relations live in grief, the family soon wholly perishes; but that family where they are not unhappy ever prospers. The houses on which female relations, not being duly honored, pronounce a curse, perish completely, as if destroyed by magic. Hence men who seek (their own) welfare, should always honor women on holidays and festivals with (gifts of) ornaments, clothes and (dainty) food.” (Manu Smriti III.55-59)

In Mahabharata, Grandfather Bhishma explains to Yuddhistira before his death : “O ruler of the earth, the lineage in which daughters and the daughters-in-law are saddened by ill treatment, that lineage is destroyed. When out of their grief these women curse these households, such households lose their charm, prosperity and happiness.” (Mahabharata, Anushashanparva, 12.14)

“When a woman is invited into the family through marriage, she enters ‘as a river enters the sea’ and to rule there along with her husband, as a queen, over the other members of the family.” (Atharva-Veda 14.1.43-44)

There were also women rishis who revealed the Vedic knowledge to others.
For example, the 126th hymn of the first book of the Rig-Veda was revealed by a Vedic woman whose name was Romasha; the 179 hymn of the same book was by Lopamudra, another inspired Vedic woman who was also wife of sage Agastya.
There are more women revealers of the Vedic wisdom, such as Visvavara, Shashvati, Gargi, Maitreyi, Apala, Ghosha, and Aditi who revealed the higher knowledge of Brahman (supreme god).

In early Vedic civilization women were always encouraged to pursue spiritual advancement without hindrance:
“O bride! May the knowledge of the Vedas be in front of you and behind you, in your centre and in your ends. May you conduct your life after attaining the knowledge of the Vedas. May you be benevolent, the harbinger of good fortune and health, and live in great dignity and indeed be illumined in your husband’s home.” (Atharva Veda, 14.1.64)

Why are Women Denigrated in India’s recent past 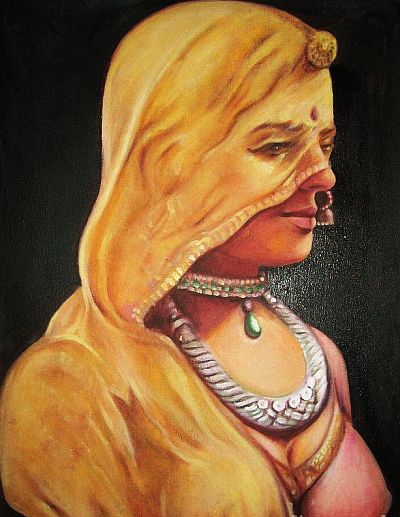 Unfortunately, all those vedic teachings have declined primarily due to the outside influences that have crept in because of foreign invaders, either militarily or culturally over past 1000 years.
These foreign invaders (Mlecchas) who dominated India mostly looked at women as objects of sexual enjoyment and exploitation, and as the spoils of war to be taken like a prize.
Oppression of women increased in India during Moghul rule and that was when the concept of ‘Ghoonghat or Ghunghat‘ (Saree’s part worn as veil or headscarf worn by women, more in North India) and child marriages have started.
These were to prevent women from evil eye of the foreign rulers.
Even the Sati (funeral practice in which young widow immolates herself on her husband’s funeral pyre) practice started to prevent kidnappings of young widoes by foreign rulers.
Also vedic hymns and smritis were misinterpreted to suppress women and make them work like slaves or sexual objects during those days.

In Rig Veda(10.85), the marriage hymn, states that the daughter-in-law should be treated as a queen, sāmrajni, by all the family members especially the mother-in-law, husband, father-in-law.
Woman is designated as: