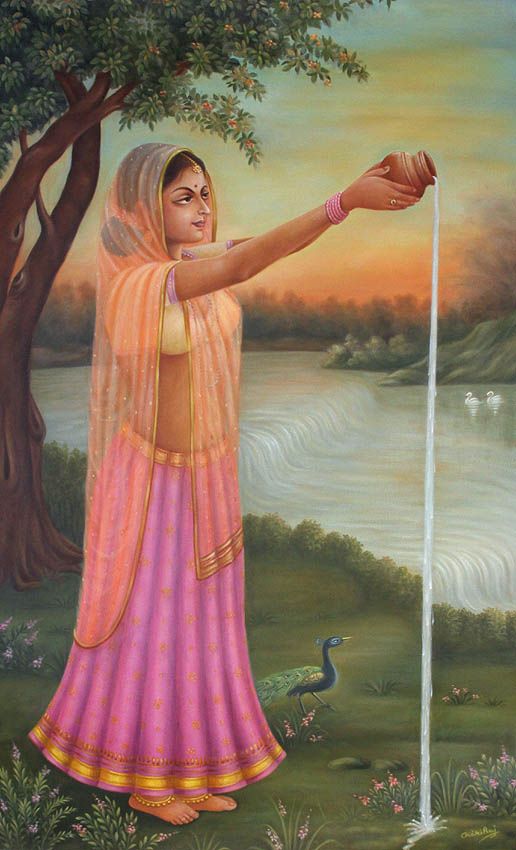 Sundara Kanda of Ramayana describes Hanuman entering Lanka and searching for Seetha.
On his way, Hanuman saw river which fell down from the mountain like a beloved (young wife) who fell down after jumping from the lap of a loved one shone by trees whose ends fell down in water or like a woman in anger being detained by her near and dear. That great Hanuman again saw that river with water, turning back like a beloved woman reaching her beloved again, being reconciled to her beloved one.
He also saw one shimshupaa tree golden in colour covered with many groups of creepers and with many leaves surrounded everywhere with platforms made of gold.
After climing up that shimshupaa tree with well flowered ends, beautiful tree, mature with young shoots and leaves and covered by leaves, Hanuman thought that Seetha might come to that mountain or pond or garden for relief.

Translation : The ever youthful one with the best complexion, Seetha interested in the rites of Sandhya time will definitely come to this river with the auspicious water for Sandhya rite.

Hanuman reveals that Seetha is interested in performing Sandhya Vandanam daily. He must have got details from Lord Rama before leaving for Lanka.
Infact, women during vedic era were equal to or even more than their male counterparts.
Lopamudra, wife of Sage Agastya, composed hymns in Rig Veda.

Manu had two sons- Priyavrata and Uttanapada and three daughters – Akuti, Devahuti and Prasuti. This man educated his daughters well.
Devahuti, one of the daughters of the Great Manu in language, literature and Philosophy, writes : “When I close my eyes, I can visualize the first Monarch of human race, sitting on the banks of river Saraswati, affectionately watching over his daughter as she pens the most ancient hymns in the most ancient book of spiritual and philosophical thoughts” – Rig-Veda.

Gargi Vachaknavi – Learned lady, Gargi, named after her father, Sage Vachaknu.
When Yagyavalka is considered as the most learned of the thinkers and awarded with Cows by the King Janaka in Brihadaranyaka Upanishad, his claim is challenged by many other sages. He defeats all of them in debate and then Gargi appears with the most metaphorical of her questions, requesting Yagyavalka to define the Space and the Self.

Sage Ghosha was another woman seer who contributed in the Rig Veda, where she composed hymns in the honor of Aswini Kumars, the twin Gods, and the ancient doctors. It is said that Sage Ghosha suffered with leprosy and was cured by Aswini Kumars. 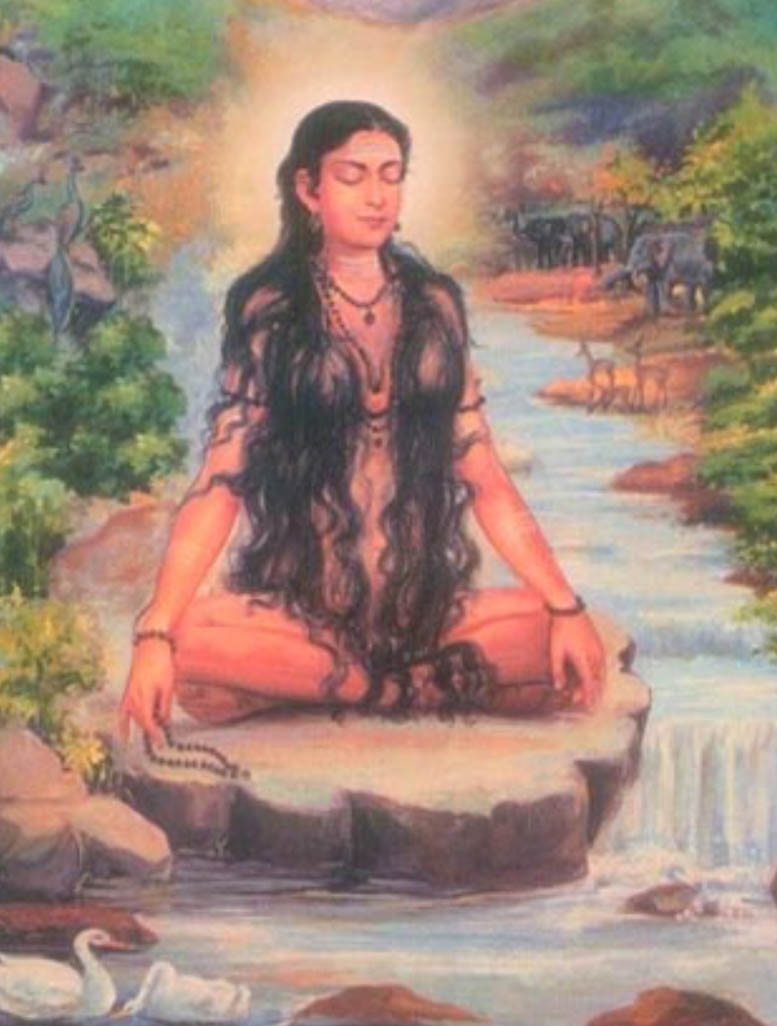 Until early 16th century CE, few women even had the sacred thread around their body, which only few men have today.
This can be seen from statues of Emperor Krishnadevaraya and his wives Tirumala Devi, Chinna Devi inside Tirumala Temple.

This sacred thread is made to be worn while a person gets initiated into education (Vedas, Upanishads and Sastras).

Sandhyāvandanam consists of recitation from the Vedas, accompanied by ritual. These rituals are performed three times a day – at morning (prātaḥsaṃdhyā), noon (mādhyāhnika) and evening (sāyaṃsaṃdhyā).
Initial Sandhya Vandanam did not have Gayatri Japam as a part. This mantra was later added by Sage Viswamitra and regularised.
Bala Kanda of Valmiki Ramayana describes Rama, Lakshmana performing Sandhya Vandanam in supervision of Sage Viswamitra.

Translation : On hearing the benign words of the sage those valorous and best ones among men got up, bathed, and on offering water oblation they mediated upon the supreme hymn, namely Gayatri.

This is the first instance where Gayatri Mantra is mentioned as a part of Sandhya Vandanam in Ramayana.