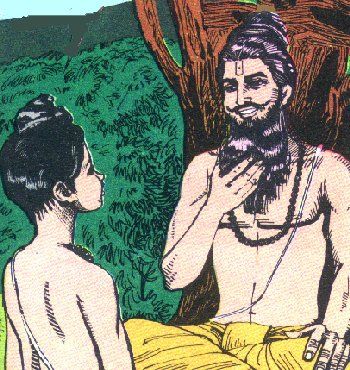 Vedas existed since time immemorial. Many believe that Sage Veda Vyasa wrote them around 3100 BCE, but the fact is that he just divided the complete vedas into four parts. Earlier to him, all 4 of them existed together.
Vyasa categorised the primordial single Veda into four. Hence he was called Veda Vyasa, or “Splitter of the Vedas,” the splitting being a feat that allowed people to understand the divine knowledge of the Veda.
The word Vyasa means split, differentiate, or describe.
Although Veda Vyasa did his work around 5000 years ago, the rig veda leads to a date much beyond human imagination.
Rigveda 1-161-13 states, “ Who awakened Rubhus ? ” (Rubhus means clouds)
The Sun replied, ” The dog, because today is the end of the year. ” . The dog means the Canis Major or the Mrigasira Nakshatra.
End of year can be considered as end of a tough summer season and time for agriculture (rainy season).
Clouds were awakened by the Dog. It means that the clouds began rainy season when sun enters Mrigasira Nakshatra.
In present era, rains start in india when sun enters Canis Major (Mrigasira Nakshatra) in Niryanaya method.

Age and Time of Rig Veda

In another verse, Rigveda 4-57-5 requests Shunasirau to shower water made in the heavens on the Earth.
Shuna means dog. Sirau means two heads. The two heads of dogs means the two stars Canis major and minor. i.e. the Mrigasira Nakshatra.
This shows the beginning of the rainy season on the Mrigasira Nakshatra, the period being 23720 years BCE.

The oral tradition continued for many generations, so the exact date cannot be reached.
Ofcourse, if many precessions passed since that hymn was composed, then the age of Rig Veda will be multiples of 25920 years.