Lord Rama was born in the 81st generation of Ikshvaku Dynasty of Surya Vamsam or Solar Dynasty. This lineage continued for another 64 generations until 1634 BCE, where the last king Sumitra was killed by Chanakya’s contemporary Mahapadma Nanda.
Brihadbala, who was 115th generation king, participated in Kurukshetra war and was killed by Abhimanyu. 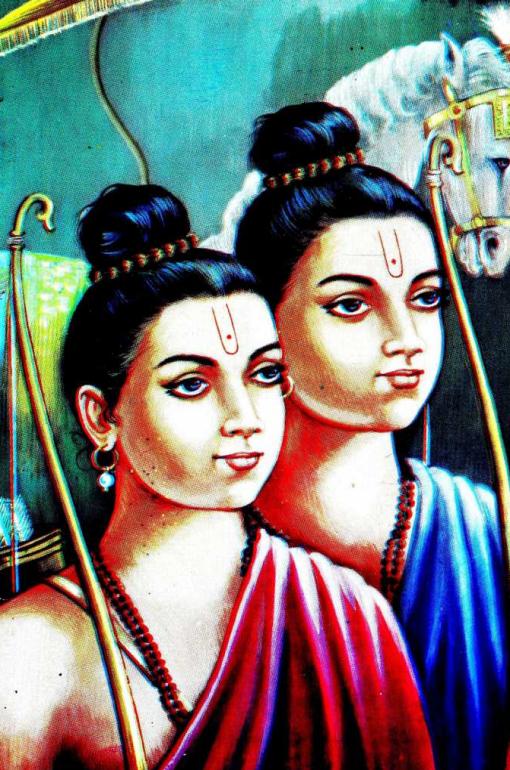 Raghuvanshi is an offshoot dynasty born out of the Suryavanshi clan after the king Raghu (57th generation).
Vishnu Purana, Valmiki Ramayana and Mahabharata contain accounts of this dynasty.
Raghuvansha by Kalidasa also mentions the names of some of the kings of this dynasty

Ikshvaku dynasty was a dynasty founded by the legendary king Ikshvaku.
22 out of 24 Jain Tirthankara belonged to this dynasty. Rishabha(Ikshvaku) is present in both Hindu as well as Jain mythology.
Both refers to the same person. Prince Siddhartha (Gautama Buddha) belonged to ikshvaku dynasty in 139th generation.
Ikshvaku (इक्ष्वाकु, ikṣvāku), was 2nd generation king or rather the 1st king of this dynasty. His name originally was Rishabha.
When he was exhausted during hunting and was about to die, a Rishi saved him by providing Ikshu (Sugar cane) Rasa (Juice).
His voice became sweet and he was named Ikshvaku (one who speaks sweetly).
He ruled the Kingdom of Kosala in ancient India. Acoording to the Vishnu Purana, he had a hundred sons, among whom the eldest was Vikukshi.
Ikshvaku‘s another son, named Nimi, founded the Videha dynasty.

Buddha in the History of Ikshvaku Dynasty

Which means that Ishvaku dynasty ended with Sumitra.
This was also mentioned in Matsya, Vayu and Brahmanda Puranas.
Vishnu Purana also mentions that He, who was called Maya Moha in his previous birth, will be born as Siddhartha to King Suddhodhana. By propagation of his teachings, many give up their traditional vedic religion to adopt new religion of Buddha and will be called as Bauddhas.
Buddha was the contemporary of Kshemajit, Bimbisara and AjataSatru, the 31st, the 32nd, and the 33rd kings of Magadha. The Buddhistic works say that Buddha was Seventy-two years old at the time of AjataSatru’s coronation. According to the Puranas AjataSatru’s coronation was in 1814 BCE.
As Siddhartha was born in lineage of Lord Rama in Ikshvaku dynasty, people of his generation might have considered him to be incarnation of Rama or Vishnu.